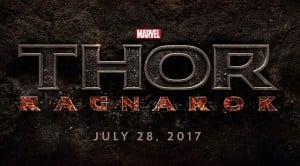 And it's not so much an explosion – more of a "boink" sound.

And they're strict! They didn't even count my Pym Tech explosion because "technically it's an IMplosion."

Shit, you’re right. I meant 3 school buses with 15 kids exploding in each.

Ahh got it, thanks! And do I have to put that purple dude in the floating chair in my movie? The magic glove guy. https://t.co/U8fFly4Ewg

Someone tell Jon Watts to join twitter. I need to know if he wants to swap titles. "Spiderman Ragnarok" and "Thor Homecoming" would rule.

Looks like Waititi will need to fill the explosion quota Peyton Reed and James Gunn mentioned and make sure not to break any federal laws, but in the meantime it looks like Thor: Ragnarok looks to be fine in regards to humor. Many fans have hoped however that Thor: Ragnarok would be a bit more grim due to Ragnarok being essentially the apocalypse in Norse mythology. Hopefully any humor Waititi injects into the film is well placed.

It has been rumored Natalie Portman will not being reprising her role in the film, which may delight fans who have been hoping for less Earth-centric Thor films. Jaimie Alexander, who plays Lady Sif has also reportedly not been called in for this sequel.
Thor: Ragnarok opens in theaters on November 3, 2017. The cast includes Chris Hemsworth, Tom Hiddleston, Anthony Hopkins, Tessa Thompson, Mark Ruffalo and Cate Blanchet. Filming will begin in June.