Over the years multiple actors have been tasked with bringing the Joker to life, either through a live-action performance or by providing their voice talents for an animated project. During a Q&A session on his Instagram page, The Suicide Squad director James Gunn revealed who he believes are the best actors to portray the Joker.

While Gunn did not settle on one choice, he did reveal that he “has a hard time choosing between Heath Ledger and Joaquin Phoenix.” Of course, few need to be reminded that Heath Ledger portrayed the Batman villain in Christopher Nolan’s The Dark Knight while Joaquin Phoenix played the Clown Prince of Crime in Todd Phillips’ Joker. Both actors received Academy Awards for the respective performances, though Heath’s Ledger’s was won posthumously.

‘The Suicide Squad’ Will Have A Unique Tone, Says James Gunn

Check out Gunn’s response below. 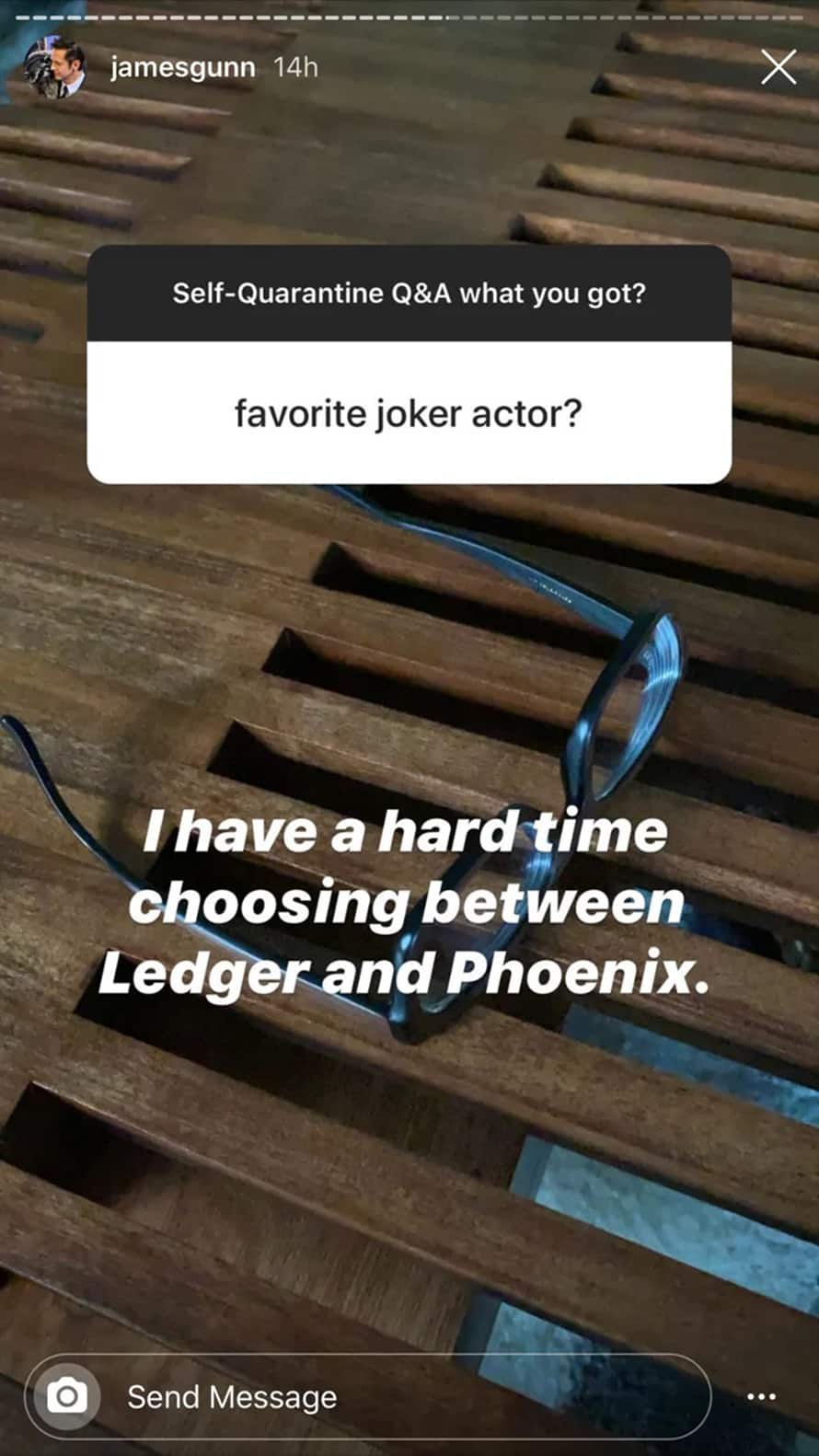 Do you agree with James Gunn’s Joker choices? Who do you think is the best Joker actor? Let us know in the comments section below!