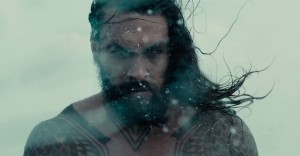 As the DC Extended Universe continues to stride forward, so must preparations for future films. With Wonder Woman and Justice League ready to deliver next summer, Warner Bros is now focusing their attention on the 2018 releases: The Flash and Aquaman. For Aquaman, actor Jason Momoa will be continuing the role of the titular character that started in Batman v Superman.  Recent news included casting for roles of Aquaman’s people, the Atlanteans, as well as new that Black Manta will be the featured villain. Director James Wan recently gave some news about where they will be filming the movie.

While sailing on the Amalfi Coast of Italy, the director states that it’s “picturesque” and would be perfect for high seas adventures. While there has been no confirmation that this is where they are filming yet. After all, they also announced that they will start filming next summer in Australia as well as London.  Some scenes may be in Amalfi and other scenes in Australia where they have already built a large tank for what many hopes are grand underwater scenes.  We’ll just have to wait and see.