I remember very well when Star Wars: Episode I came out in theaters, as it was the movie I went to see on my 12th birthday. I recall loving the film primarily because of Jar Jar Binks, the CGI character that was created specifically to appeal to my age group at the time and, well, sell toys. Then, I grew up and realized how awful of taste my younger self had.

Jar Jar Binks was funny to me at the time, speaking with a dialect that made Yoda sound normal. However, from the standpoint of a diehard Star Wars fan I now see why pretty much every single one of them detested the Gungan. He was nothing more than a billboard for Star Wars toys, and the fact that he was largely removed from Episodes 2 & 3 should be enough proof that even Lucasfilms had realized they made a mistake including the character at the time. As it turns out, not everyone detests Binks the way most Star Wars fans do, as artist Olly Gibbs decided to take the newest poster for the next film in the Star Wars franchise and completely “Binks-ify” it.

The poster is a mock of an actual poster for Rogue One: A Star Wars Story, but only this rendition turned every single character – droids included- into a Gungan, the race that Binks belongs to. Check out the poster below: 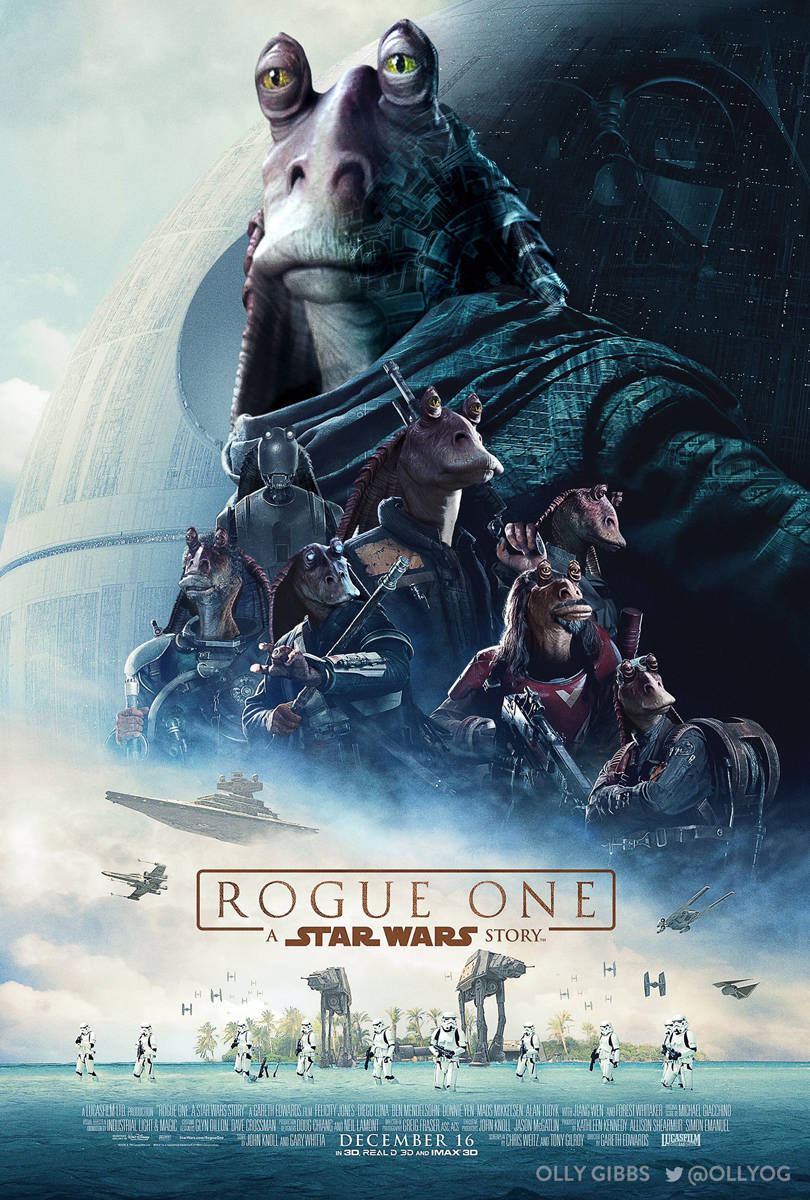 As you can see, every character from Jyn Erso to K-2SO has been given the Gungan facelift. It’s nice to see someone do something positive with Jar Jar Binks these days, and the photo manipulation is done masterfully and professionally.

It’s yet to be confirmed or denied if we will ever see Gungans in the Star Wars universe again, but my best guess is that is probably a hard “no” after the backlash good old Jar Jar received.  It’s nice to see someone doing something positive with the character’s legacy, and my twelve year old self thanks you, Olly Gibbs.

Are you happy that someone gave Jar Jar Binks enough respect to change this Rogue One: A Star Wars Story poster to his likeness? Make sure to let us know below in the comments.