With less than a month to go until the film’s release, Universal Pictures has released yet another TV spot for Paul Greengrass‘ Jason Bourne, featuring plenty of action-packed footage from the highly anticipated movie, which will mark the return of the director and star Matt Damon to the franchise. You can watch the new TV spot below.

Trained to be the perfect weapon. On July 29, Matt Damon returns as #JasonBourne.https://t.co/u4D2KUXG2g

Additionally, Empire Magazine has unveiled a new image from the upcoming movie, featuring Damon and Tommy Lee Jones. Speaking with the magazine, Damon had the following to say about his co-stars in the latest entry in the Bourne franchise:

“Alicia represents the way the world has changed. The whole cyber element wasn’t there ten years ago. And Tommy Lee and Vincent Cassel make it feel like a new Bourne movie, but it’s definitely recognizable as a Bourne movie.” 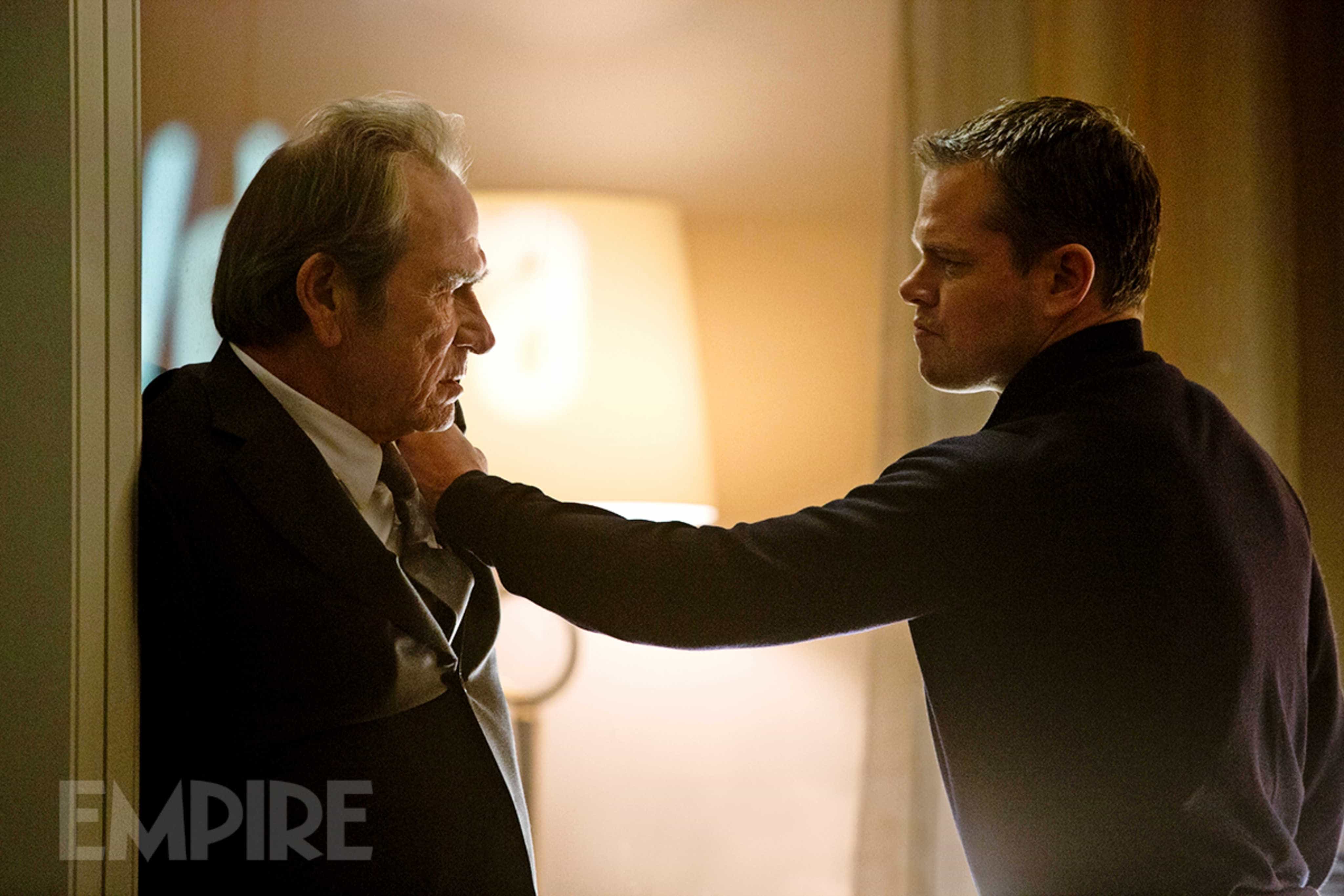 Starring Matt Damon as the titular character, Julia Stiles as Nicky Parsons, Tommy Lee Jones as a superior officer at the CIA named Robert Dewey, Alicia Vikander and Riz Ahmed as two CIA cyber specialists and Vincent Cassel as the mysterious villain of the movie, Jason Bourne is set to hit theaters on July 29th. Are you excited for the movie?