Permission to come aboard is granted. As Jason Momoa once said a few weeks ago, why be anything else when you can be Aquaman? And indeed, after some early reviews and reactions have landed on shore, the marketing campaign for James Wan’s Aquaman is still sure to net in curious folks who want to see Arthur Curry’s solo adventure when the DC film hits theaters in a month. But again, the marketing machine for that isn’t slowing down anytime soon, and now Momoa brings Arthur Curry to life in a new magazine cover.

I know, that shore is a long introduction, but when do I stop baiting you along and just get to the Aquaman cover? Well, the answer is… right now. Have a look at Jason Momoa’s Arthur Curry on the cover of SciFi Now Magazine in the image below. 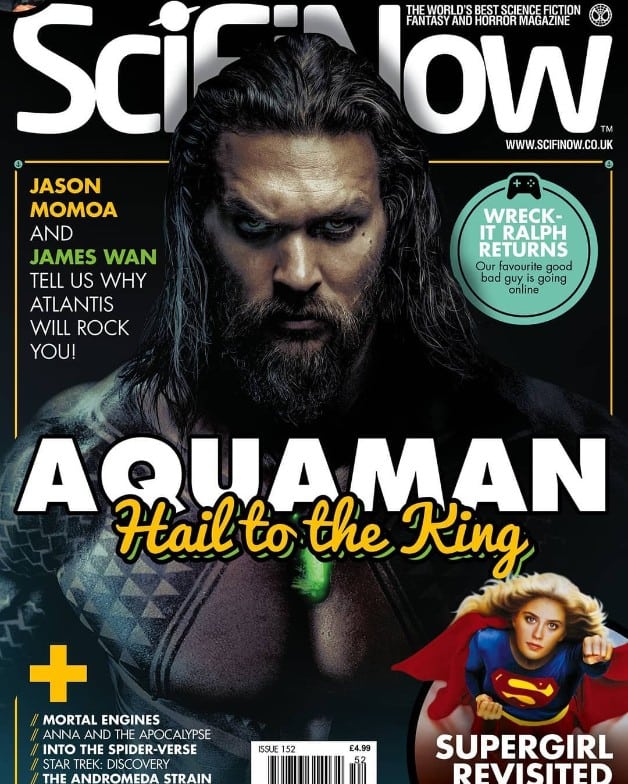 Hail to the king indeed. Again, while many people’s perception of Aquaman may come from the Super Friends cartoon — and how could it not? — the perception has slowly shifted as newcomers explore Arthur Curry’s roots in the pages of DC Comics, not to mention what has been done with Arthur Curry so far between Batman v Superman: Dawn of Justice and last year’s Justice League. Now, with his solo adventure upon him, the world has a chance to see Aquaman through new goggles.

What do you make of the Aquaman magazine cover? And based on the trailers, reports, and some reactions from others, what are your hopes and expectations for Aquaman thus far? What do you hope Momoa brings to the table as far as his performance goes? Water you waiting for? Set your hook and lure aside and let us know your thoughts in the comments below.