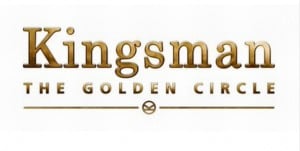 Jeff Bridges announced on Twitter today his addition to the cast of Kingsman: The Golden Circle with a new image, similar to the one Colin Firth tweeted, and the hashtag Kingsman.

The image includes the following text:

The only Golden Circle I want veximg me is the one my glass leaves behind on the table.

Bridges has appeared in both Iron Man (2008) and R.I.P.D. making this his third comic book film.

Kingsman: The Golden Circle will hit theaters on June 16th, 2017.