Writer Jeff Parker and artist Javier Pulido are teaming up for a brand new Ninjak series coming from Valiant Comics.

Valiant Comics is set to launch a new Ninjak series next year with some of the medium’s most beloved creative forces coming together to bring the vision to life. First appearing in Bloodshot #7 , Ninjak quickly became a fan-favorite and received his own series, which was met with critical acclaim. Since Ninjak’s stellar debut nearly 3 decades ago, the character has become one of Valiant’s most popular creations and is now set to embark on a brand new journey from writer Jeff Parker and artist Javier Pulido in next year’s Ninjak #1. You can check out the cover of Ninjak #1 and some exclusive artwork below. 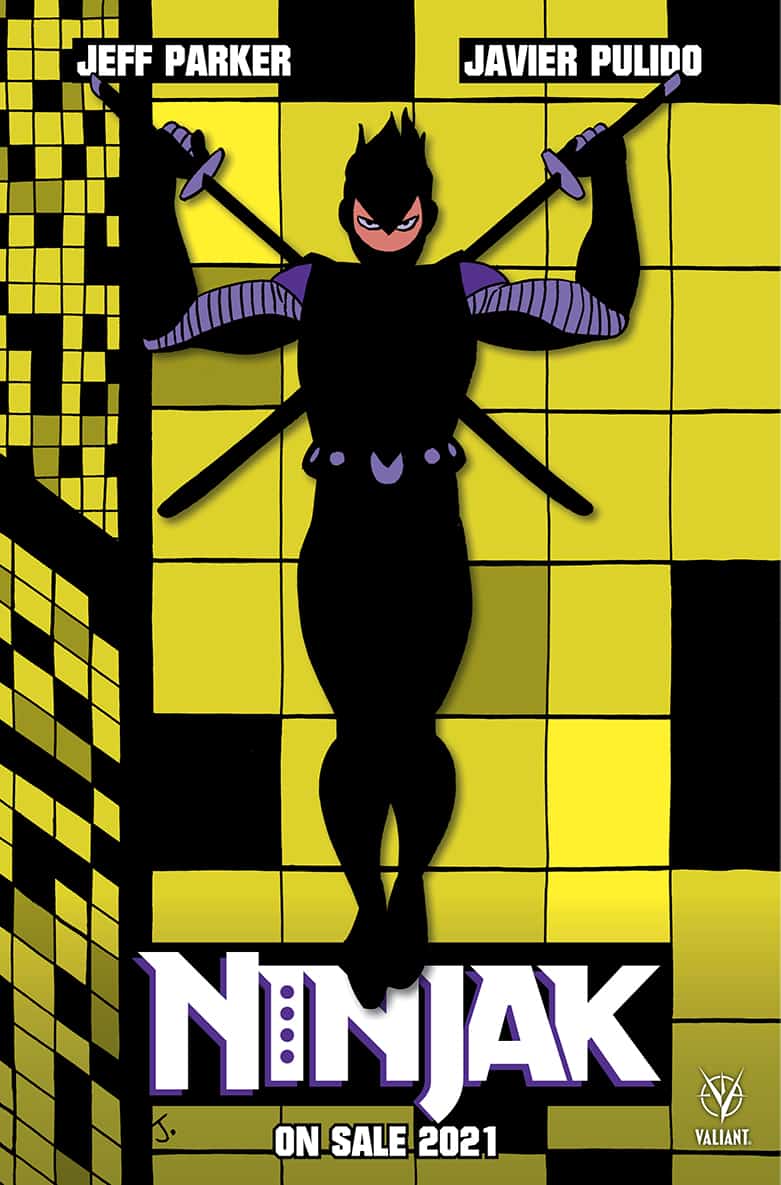 Jeff Parker, best known for his work on Batman ’66 and X-Men: First Class, is set to pen the brand new Ninjak series. Parker described the series as a “serious paradigm shift” that will see the beloved Colin King coming to terms with his dual identity as a spy and ninja.

“I don’t want to give too much away about the storyline of DAYLIGHT just yet. But it’s rude to not at least hint so: Colin King is going to see the mighty institution he’s served most of his career, MI6, turned inside out and left vulnerable to all its enemies, and the same happens to him. It’s extremely hard to be a ninja or spy when all your secrets are exposed. Over the year Ninjak is going to experience a serious paradigm shift.”

Parker also discussed how excited he is to be working with artist Javier Pulido once again, praising him endlessly for his attention to details.

“Javier and I worked together on a single issue at Marvel years ago and I’ve wanted to work with him again ever since but our projects haven’t connected until now. I love how his mind works. He comes up with the most brilliant panel progressions and layouts, and very striking compositions that look so simple but you have to be a next-level talent to attempt a lot of what he does. This has made the process lots of fun for me, it’s a constant challenge to give Javier the details he needs to work with yet somehow stay out of his way so he can cut loose with his imagination. I feel like we click really well and I think readers are going to enjoy the experience.”

Javier Pulido has been an artist for some of the most prestigious comic book series ever to be printed. His previous work includes Robin: Year One, She-Hulk and The Amazing Spider-Man. He believes that there’s more to the upcoming Valiant series than meets the eye.

“Ninjak may look like simple, straightforward stuff at first glance. In fact, it’s designed to grab the reader by the throat as soon as the first page is open. A bit like Ninjak himself, it’s about making things look easy.”

“Senior editor Lysa Hawkins’ relentless support, along with Jeff’s steely story-sense for adventure, and Ninjak is the action book I’ve wanted to work on for years.”

The upcoming series from Valiant is set to take Ninjak to places the character has never gone before. Ninjak#1 will hit comic shelves next year. Stay tuned for more updates and make sure to subscribe to our YouTube channel for more content!