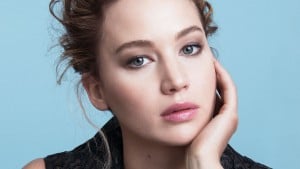 For the second year in a row, actress Jennifer Lawrence is the highest paid actress in the world. Thanks to headlining such smash hits as The Hunger Games and the X-Men film series, Lawrence once again claims the crown. Forbes released their highest-paid actress list and she beats the closest completion by more than $13 million.

In addition to collecting a high salary up front, the Hunger Games actress gets most of her money as part of a profit slice for the last Hunger Games film which made more than $653.4 million. She topped the list last year claiming more than $52 million in 2015. Even though this year she’s made less this year, she still earned $46 million over the last 12 months. Her salary for the upcoming film Passengers was more than $20 million putting her once again over the top.

The complete list of the highest paid actresses include:

While some of these actresses made considerable bank from their films, they also received a substantial amount of money based on endorsements. Bollywood actress Padukone, Kunis, Adams, Theron, Bingbing, Aniston, Johansson, and McCarthy have all advertised for various beauty products and other advertisement campaigns to further supplement their incomes.

However, these ladies still make less than their male counterparts. Compare Lawrence to Dwayne Johnson (the highest paid actor), who made $64.5 million, he’s made almost $20 million more than she has, so these ladies still have a long way to go.