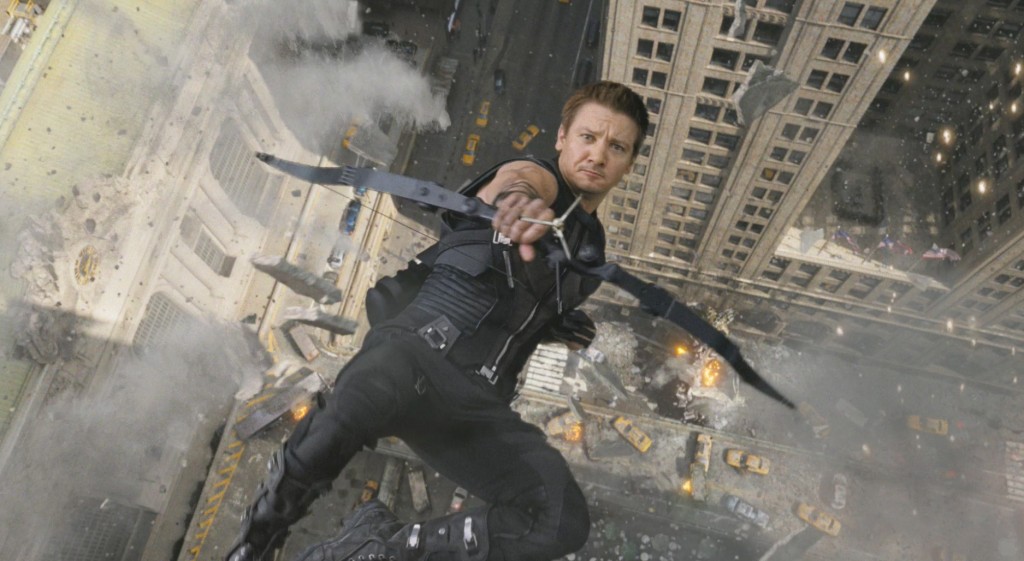 Its hard to imagine an Avengers movie without Jeremy Renner’s Hawkeye particularly after his stand out performance in Avengers: Age Of Ultron and his short but sweet appearance in this summer’s Captain America: Civil War. However, if we cast our minds back to 2012’s The Avengers, Hawkeye didn’t get the best run out as an Avenger. Jeremy Renner spoke about his frustration during the filming at a Q & A in London recently.

“[I]n the first Avengers…I was just getting to know who Hawkeye was, and then zap, I go round like a zombie, I’m like Loki’s minion, And I’m still not even sure who Hawkeye was at that point. So I’m a little frustrated, because I was so excited to figure out who Hawkeye was.”

Feeling annoyed, Renner decided he’d tell the producers it was okay to kill off his character should they want to free him from the project due to his lack of character development or even screen time. Renner told the audience of the Q&A he would jokingly fake a heart attack in scenes and would tell filmmakers:,

“I’m giving you an option, if you just want to kick me out of this movie. Just you know, at any given moment, if you wanna kill me off, daddy’s gonna be having a heart attack.”

Jeremy Renner is expected to once again appear with the Avengers in Avengers: Infinity War, set for release in 2018