Sometimes, traffic can be a real pain in the ass. The title character of Jessica Jones will be having none of it and gets up to move a wreck off the road.

Empire has a new image of the smarmy, super-powered private eye away from the streets of New York City for a change and has her clearing out a major obstruction by a forest, clearly concerned by some offscreen presence. The full image can be seen below: 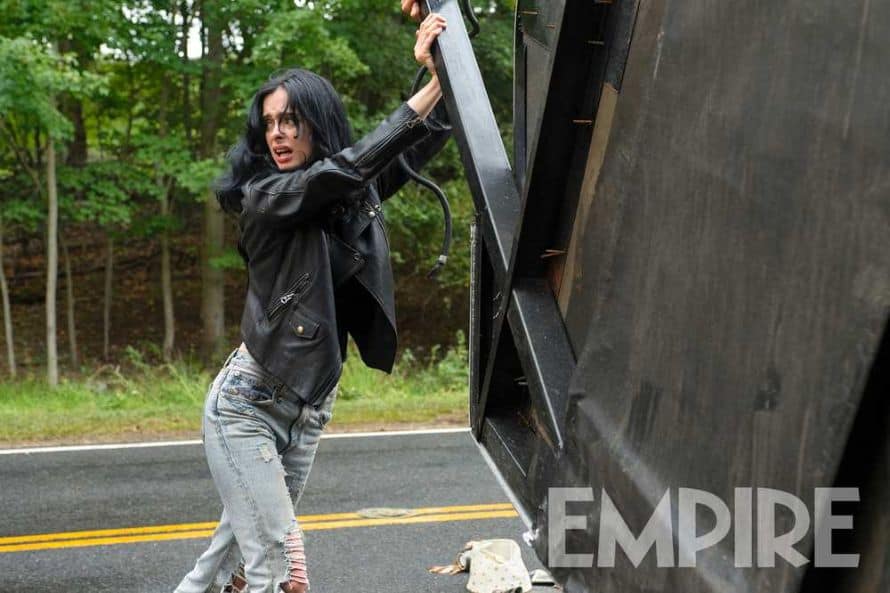 Empire will have a larger article to go with this image discussing the new season of Jessica Jones in their March issue, which is slated to hit the shelves on February 25. The plot of the new season is kept well under wraps (which seems to be a recurring theme with their continuing productions of this show and its companion series Luke Cage, Iron Fist, and Daredevil), although that might change by the time that the new issue of the publication arrives.