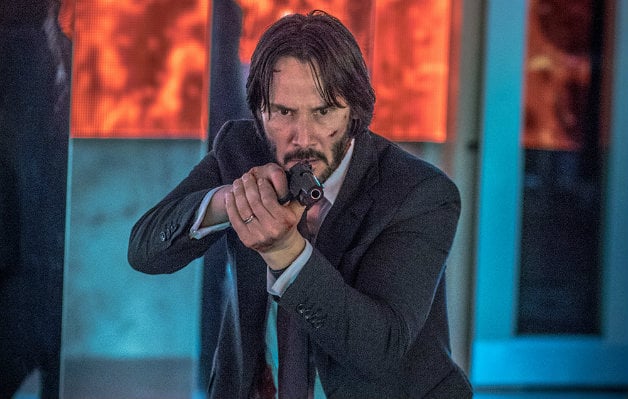 John Wick co-director Chad Stahleski has teased that the recently announced John Wick: Chapter 3 will involve the high table and feature the end of John Wick’s journey in the conclusion of the trilogy.

Lionsgate has fast-tracked production John Wick: Chapter 3. While a release date has yet to be set, the studio has targeted a fall start fo principal photography. Stahelski himself, who directed the first film alongside David Leitch and returned to helm the sequel solo is currently developing the script for the third installment with John Wick and John Wick: Chapter 2 screenwriter David Kolstad. The director has yet to be confirmed to be at the helm of the project, however, he was reported to be developing the project with Kolstad with an eye to direct.

While speaking The Independent recently, Stahelski was asked about the stage of development the project was in. Although he was reluctant to say too much, he did offer a few interesting teases that shed some light on the next chapter as far as what audiences can expect to see explored in the film telling the outlet:

Stahelski added that the creative process behind the script is a very collaborative process between himself, Kolstad and the film’s star Keanu Reeves:

“Myself, Derek Kolstad, and Keanu are all very involved, story-wise and character-wise. We’re all very invested in this world. It’s a very collaborative, creative team. We have a lot of discussions about it. We’re pretty much knee-deep in it.”

The director then went further to tease that the next film could reveal how the High Table itself works, as well as the origin of Wick aka The Baba Yaga as he teased the next film will be the completion of the journey Wick began in the first film:

The last we saw the ruthless assassin, he was sprinting off into New York City, teeing up the next installment which should see John as he attempts to escape from New York now that he is officially excommunicado from The Continental and with a contract on his head. On whether or not the third film will finish the trilogy itself, Stahelski confirmed that Chapter 3 is indeed the end however, he seemed open to continuing the franchise, should the studio be interested:

“In our minds, yes. But I’ll let the studio answer those sort of questions.”

Kolstad had previously revealed that a prequel had been developed but it was being saved for other aspects of the property with the studio very interested in translating the character over into television. Kolstad had explained that the film franchise was focused on completing the story that began with the first film but that a television series could allow them to expand and develop the world established in the franchise much more than they could ever do in a series but since then, we have yet to hear any more on the possibility of a John Wick series, however, according to Stahelski, development on the project is up and running. The director confirmed this in his chat with The Independent:

“Lionsgate is working on that right now. That’s up and running. That could be fun.”

The director went further to reveal that the concept has yet to be locked down but assured that the project has a good team behind it:

“There are a lot of ideas being thrown around right now. A lot of people working on it. I don’t know if they’ve locked in a consensus yet. But they have some very good people on it.”

John Wick: Chapter 2 is available on Digital HD now and will release on 4K UHD, Blu-ray and DVD tomorrow, June 13. You can read our review here.