Joker actor Joaquin Phoenix is lending his star power to the vegan cause by appearing on a new billboard.

Joaquin Phoenix may be one of the best actors of his generation but he is also known for his behavior that some might interpret as eccentric. None the less, the actor is also known for his animal rights activities and even used his award speeches as a platform to boost the causes he believes in. But now the Joker star is lending his star power to the vegan cause in a big way.

A new billboard from L.A. Animal Save and Animal Alliance shows Joaquin Phoneix reaching out to a pig outside a meat processing plant. The actual billboard is on Sunset Boulevard in Los Angelas, intentionally put near the Farmer John slaughterhouse to drive the cause. You can see the full billboard below: 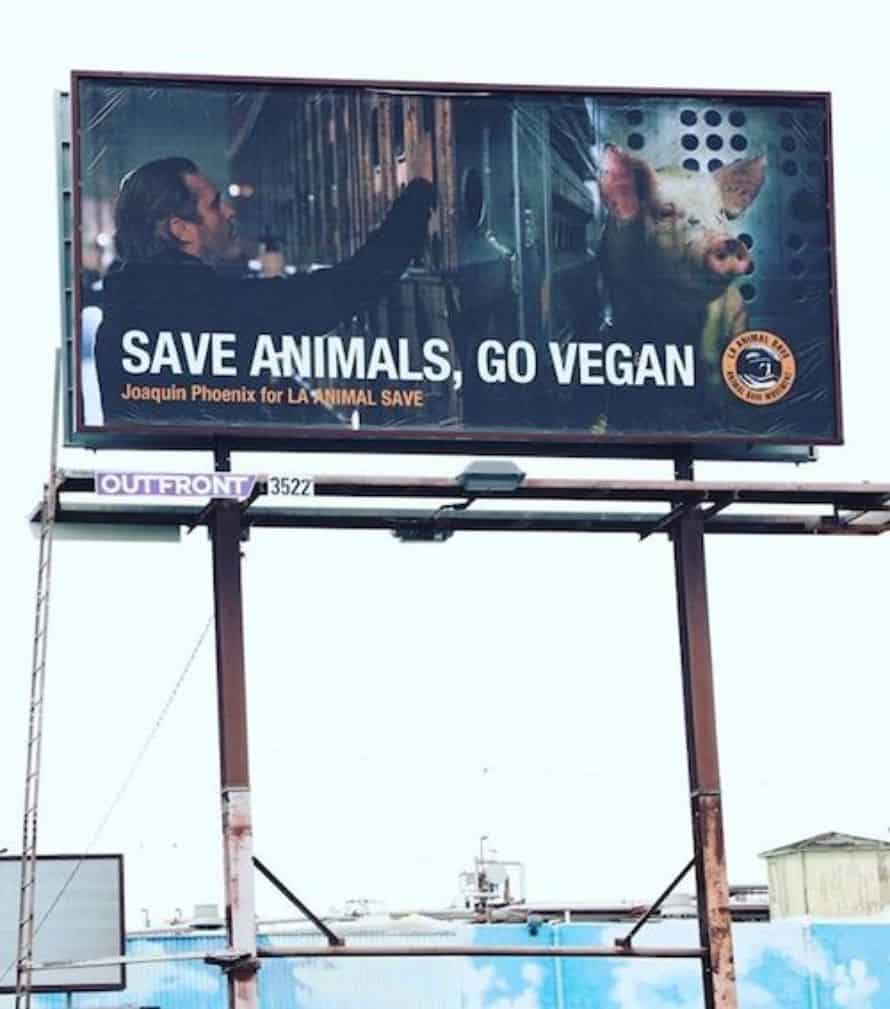 What do you all make of this billboard? Are you glad to see Joaquin Phoenix is continuing to fight for a cause he believes in? What did you think of his performance in Joker? Let us know what you think in the comments below!

Director Todd Phillips “Joker” centers around the iconic arch nemesis and is an original, standalone fictional story not seen before on the big screen. Phillips’ exploration of Arthur Fleck, who is indelibly portrayed by Joaquin Phoenix, is of a man struggling to find his way in Gotham’s fractured society. A clown-for-hire by day, he aspires to be a stand-up comic at night…but finds the joke always seems to be on him. Caught in a cyclical existence between apathy and cruelty, Arthur makes one bad decision that brings about a chain reaction of escalating events in this gritty character study.