Not to be left out on the release date of Marvel’s ‘Captain America: Civil War’, an image has leaked from Rolling Stone’s upcoming summer movie preview from DC’s ‘Suicide Squad’ featuring the Joker and Harley Quinn! He definitely looks to be putting Harley in her place here. It’s not much but it definitely gives us a sneak peak at what the relationship may be like between Harley and the Joker.

What do you guys think is happening here? What are you most looking forward to about ‘Suicide Squad’? Let us know in the comments below!

Also pictured in the spread, which you can see below are pictures from ‘Star Trek Beyond’, ‘Jason Bourne’, and of course ‘Captain America: Civil War’. 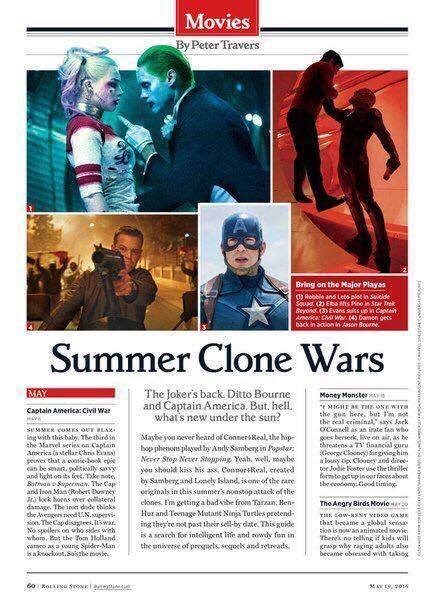