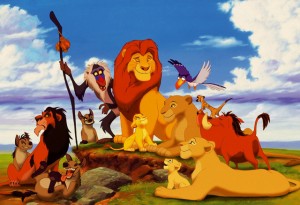 Jon Favreau surprised the Twitter-verse this morning with a tweet announcing he will be directing a live-action version of The Lion King.

Excited for my next project 🦁👑

Walt Disney Studios has also confirmed that Favreau will be the director.  After the enormous success of The Jungle Book, also directed by Favreau, the studio decided to fast-track The Lion King into production. No release date has been announced as of yet. Disney’s April release The Jungle book earned $965.8 million worldwide.

This follows in the footsteps of Disney reimagining its classics in live-action with Maleficent, Cinderella, The Jungle Book and the upcoming remake of Beauty and the Beast, starring Emma Watson as Belle. Beauty and the Beast is set to hit the big screen in 2017.

Disney and Favreau make a great team; the sequel for The Jungle Book is also in development, although no release date has been announced.

The Lion King is one of Disney’s most successful classics of all time (and my personal favorite). Released in 1994, it has earned a global box office of $968 million. It gave us a classic songs that are still sung by big kids and little kids alike. “Can You Feel The Love Tonight” written and performed by Elton John won the Academy Award and the soundtrack earned the film two Grammy’s. The new live-action film will also include songs from the original classic!

Stay tuned as we get more information on this development!