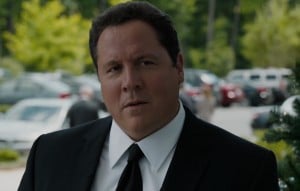 The Jungle Book director, and star of Iron Man and its two sequels, Jon Favreau, is set to return to the Marvel Cinematic Universe next summer in Spider-Man: Homecoming. The actor turned director discusses little details as to what his character, Happy Hogan, is doing back in the MCU. The last time we saw the character, he was watching Downton Abbey in his hospital room. However, since the “break” between Tony Stark and Pepper Potts (as established in Captain America: Civil War) maybe Tony needed some time out with his best friend, Happy. The actor believes the role of Hogan comes with great ease, and relishes in being another director’s set.

In an interview with Yahoo Movies, the actor revealed:

It’s fun to come back as an actor. Especially when the filmmakers are taking care of you, and taking care of the characters and the story. If you’re in good hands, it’s great to come in and play in somebody else’s world. That’s how I started, as an actor. I really enjoy being on other people’s sets, especially if I have cool things to do. It’s all the fun and much less of the responsibility.

As previously stated, the director did begin his career as an actor, with roles in films such as Swingers, and Daredevil. While his acting is not too shabby, there is no denying that Favreau is a director with a clear vision, as established with this summer’s breathtaking The Jungle Book. The character’s evolution has been something of great enjoyment since 2008’s Iron Man, and to see Favreau return is a treat in itself. Of course, Hogan’s charm and wit are a part of the appreciation for him.

So what do you guys make of it? Are you all excited to see Favreau return to the role? You can check out his latest film, The Jungle Book on Blu-Ray and DVD now, and you catch Spider-Man: Homecoming on July 7, 2017.