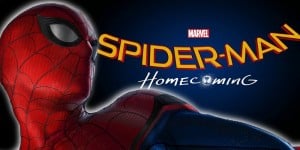 Spider-Man: Homecoming director Jon Watts has just posted a lovely little video confirming the film’s final day of shooting. The Cop Car director was thrust into stardom when he was announced as the latest director of the famous franchise. Homecoming, which takes Peter Parker back to high school, has been described as a “John Hughes film” by Watts on many occasions. The director revealed on his official Instagram that the movie has finally wrapped production, as it finished shooting in Atlanta last week. While set images were exceedingly rare when shooting in Atlanta, for the week the movie was in New York City, fans were enticed to an abundance of set pictures and videos. Interestingly, while on set, we never received a look at Michael Keaton as the film’s main antagonist, The Vulture. With shooting all wrapped, a trailer should not be too far away, right?

You can check out the video below:

Question is, when do you think we will see a trailer? Is one with Doctor Strange a little too soon? Only time will tell. Spider-Man: Homecoming is set to hit theatres everywhere on July 7, 2017. The film stars Michael Keaton, Tom Holland, Zendaya, Robert Downey Jr. and Marisa Tomei.