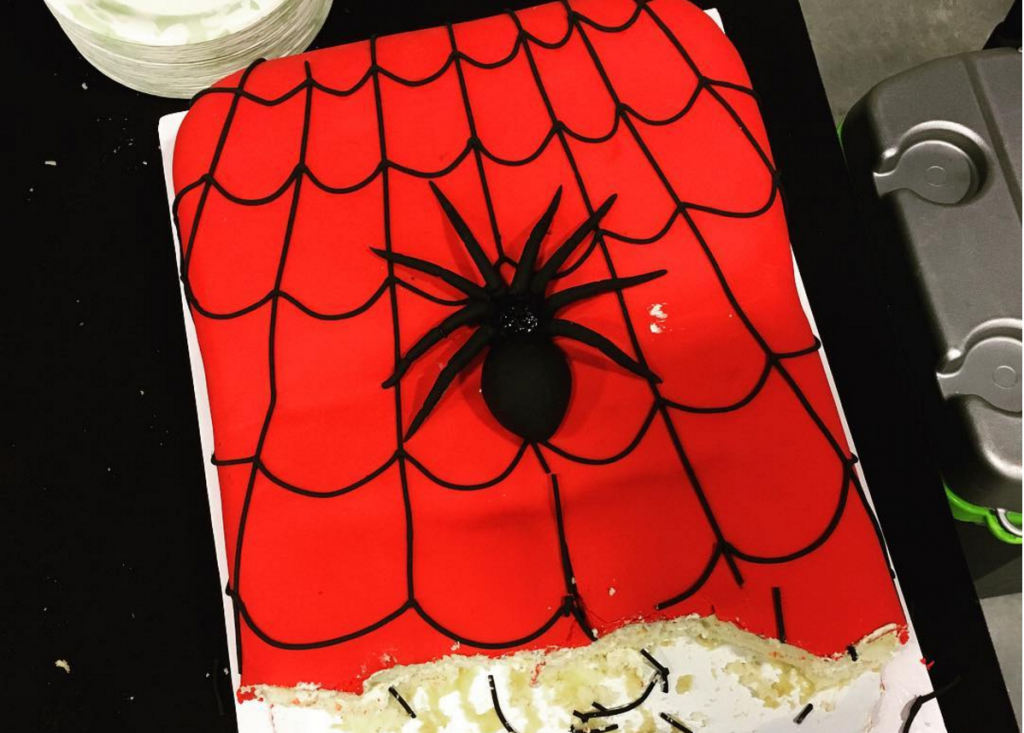 The cast and crew of the upcoming Spider-Man: Homecoming have been hard at work since June. From the looks of all the photos we have seen from set as well as the footage that was screened at this year’s San Diego Comic-Con, it looks like Marvel’s promises of a true coming-of-age high school story centered on everyone’s favorite webhead are coming true.

Production is still underway, but it looks like that tonight was a time for celebration. Director Jon Watts took to his Instagram account in sharing a special cake from the film’s set. As you can see, the cake is a nice design paying tribute to the iconic suit that Spider-Man wears:

Judging from the stack of plates in the top left corner, it looks like that the cast and crew are having a bit of a celebration after another day of shooting. It is also possible that they are in the homestretch of filming, and production on the film is nearing its end. Whatever the case, it is nice to see that director Jon Watts along with his cast and crew are having a great time bringing this Peter Parker adventure to life.