With DC currently ramping up their upcoming DC Cinematic Universe (now known as the DCEU) its hard to think they have time for much else, but it looks like some of their lesser known hits will still gets their time to shine. When it was first revealed in 2013/2014 that Joseph Gordon-Levitt (Inception, The Dark Knight Rises, Looper), David Goyer (The Dark Knight Trilogy, Man Of Steel) and Neil Gaiman would be bringing DC/Vertigo’s iconic ‘Sandman’ graphic novel series to life, fans lost their minds. The idea that the Sandman and The Endless would be appearing on film was a dream come true, but when the film was not announced with the current DC slate by Warner Bros, fans began to question if it was really happening. After a great deal of silence, it was later revealed that the film will instead be distributed by New Line Cinema, along with their own slate of Vertigo based films, and the film was still very much alive.

But then again, fans received a great deal of silence… until now.  Horror writer Eric Heisserer (A Nightmare on Elm Street, Final Destination 5, The Thing) has been official tapped to write Sandman and with it, it has been finally confirmed that Joseph Gordon-Levitt on board as director and star. 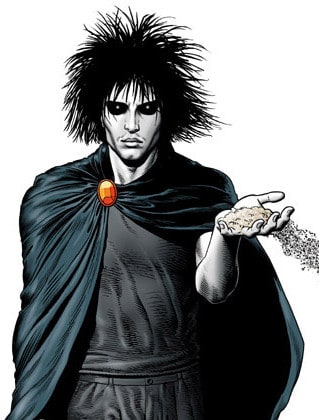 Sandman is the story of Morpheus, the Lord of Dreams. The comic book began at first in the horror realm, but quickly shifted gears into the world of fantasy and mythology when the Endless, a group of powerful brothers and sisters that includes Dream (Morpheus), Destiny, Death, Destruction, Despair, Desire and Delirium were introduced. What makes this comic interesting, is that it actually takes within the DC Comic continuity. Characters such as John Constantine, Batman, and even Lex Luthor have crossed paths with members of The Endless, further making the series more and more iconic and unique.

Now that the film officially has its director, star, and now its writer, its likely its official production announcement isn’t that far off.