Marvel continues its precarious but successful art of plate-spinning with the explosive third phase of its cinematic universe; not only have we the imminent Guardians of the Galaxy Vol. 2, Spiderman: Homecoming, Thor: Ragnarok and Black Panther to look forward to, but it seems the long-awaited Avengers: Infinity War has finally settled into production.

Josh Brolin – who has been waiting to sink his teeth properly into the undoubtedly juicy role of intergalactic titan Thanos since 2012 – recently posted a photo on Instagram showing both Brolin and his character side by side. The caption simply reads “Next”. How ominous. Take a look below: 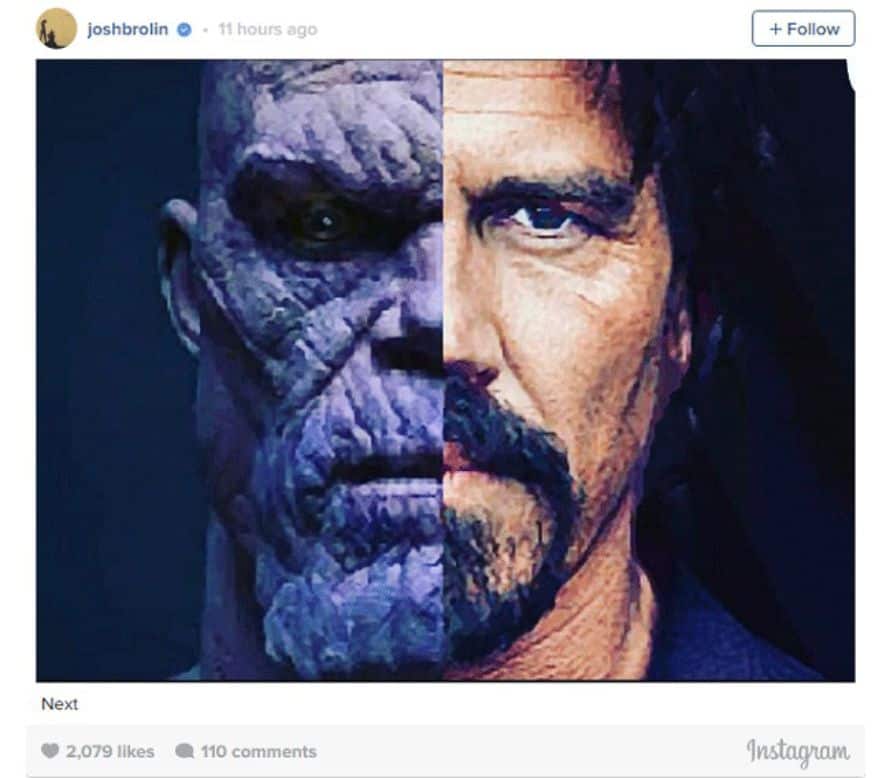 Thanos initially appeared in the Marvel Cinematic Universe in the first Avengers movie, sponsoring Loki’s evil deeds. He was portrayed then by actor Damion Poitier, with the role being taken over by Brolin for 2014’s Guardians of the Galaxy, and his subsequent cameo in Avengers: Age of Ultron.

The filming of Avengers: Infinity War is scheduled to begin this month, and will reunite the ensemble cast of the previous films, including Robert Downey Jr, Chris Evans, Chris Hemsworth, Scarlett Johansson, Mark Ruffalo and Jeremy Renner. It will be directed by Anthony and Joe Russo, as will its untitled sequel.

Avengers: Infinity War is scheduled to be released in May of 2018.