UPDATE: Disney has removed Jude Law’s role as Mar-Vell in Captain Marvel from their official website. 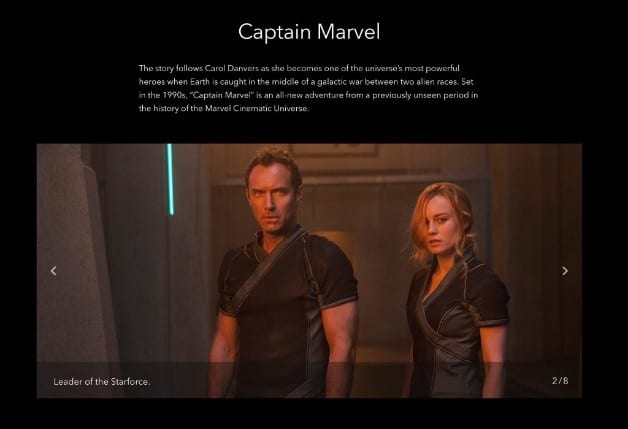 Breaking news! Jude Law’s role in Captain Marvel has been officially revealed and it’s…exactly who you think it is. A new slide for the upcoming female superhero film reveals that Jude Law is playing Mar-Vell, the leader of Starforce. So, everyone who guessed and speculated about Law’s mystery role in the film, you were right on the money.

The official Captain Marvel page on Disney’s website has a slide revealing that Jude Law will play the Mar-Vell role. While there was speculation to this since his casting, there was nothing concrete. And Jude Law himself had denied in interviews that he was going to play Mar-Vell in the Captain Marvel film. Well, actors do have to protect their roles, after all. Consider: Benedict Cumberbatch denied that he was playing Khan in Star Trek Into Darkness. Marion Cotillard denied playing Talia in The Dark Knight Rises.

We know how both of those turned out, but now that we know for sure that Jude Law will be playing Mar-Vell in Captain Marvel, it will be interesting to see how his relationship with Brie Larson’s Carol Danvers will develop throughout the course of the film.What do you think of this development? Did you already figure in the back of your mind that Law would be playing Mar-Vell in the Captain Marvel film? Let us know your thoughts in the comments below. Here’s the official synopsis for the upcoming Marvel Studios picture:

“The story follows Carol Danvers as she becomes one of the universe’s most powerful heroes when Earth is caught in the middle of a galactic war between two alien races.”

Previous1 of 15Next
VIEW IN GALLERY