The Justice League concept art provides a glimpse into Lex Luthor’s jail cell, which is pretty much your typical cell, apart from a few books on a shelf and files scattered on his bed. In the film, audiences never got to see Lex Luthor in jail as he had broken out and replaced himself with a look-alike.

This concept art implies that the Justice League film would have focused on Lex a bit more, showing him in his cell at least once. You can check out the concept art below, which was done by Robert Mckinnon. 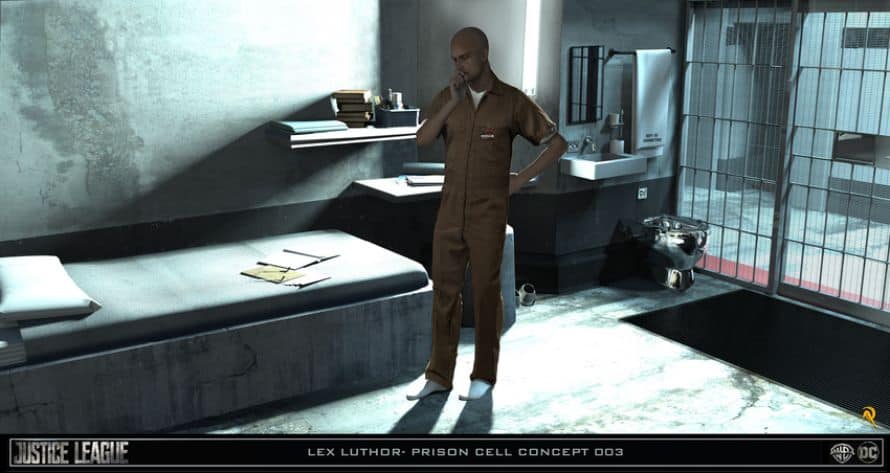 What do you think of this concept art for the Justice League movie? Let us know in the comments section below!