While one of the earliest teases for Justice League came with the tagline of “Unite The Seven”, it’s since been changed to say “Unite The League” – which typically only referred to the team of Batman, Wonder Woman, The Flash, Aquaman, and Cyborg. However, a new calendar emphasizes Superman’s presence on the team, and while it doesn’t suggest a seventh member will be on the team, it does leave the possibility open.

The calendar image gives each member of the team a pair of poses – one of the “stand there and look badass” variety and a more dynamic action pose (except for Cyborg, who has two of the former for some reason). 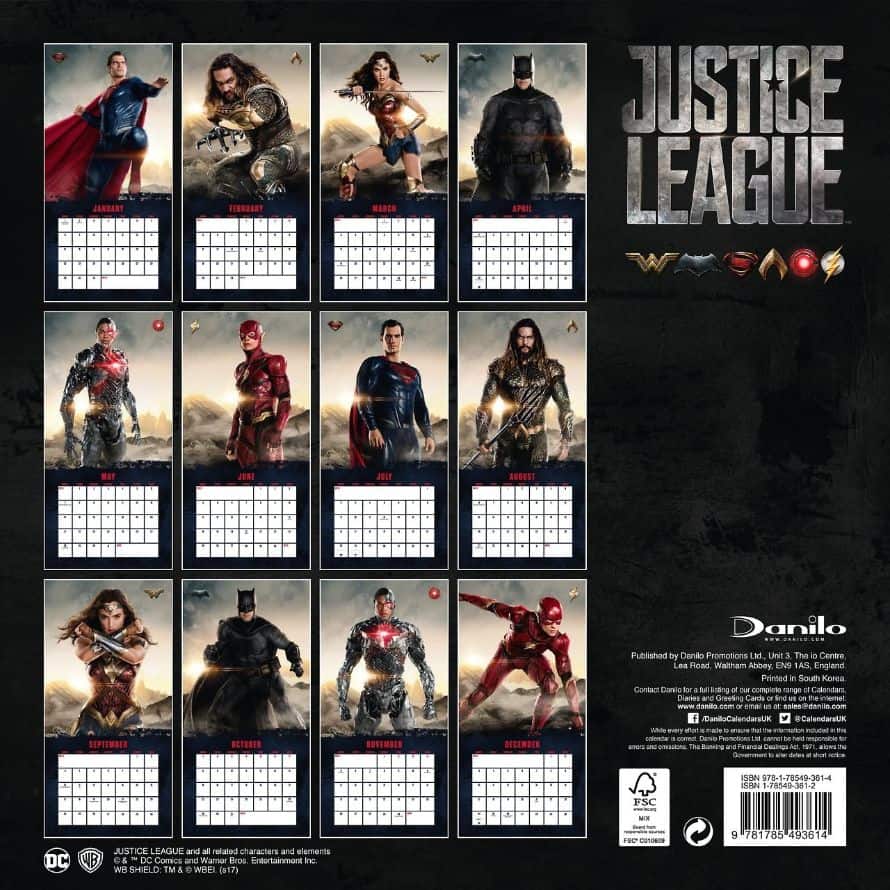 As it stands, the merchandise for Justice League is heavily emphasizing Superman, which suggests that we’ll be seeing him in the advertisements before the movie comes out. Odds are, the amount of Superman we’ll see ahead of the release of Justice League will be fairly minimal, but it should be enough to let casual audiences know that DC’s original superhero won’t be sitting this movie out.