A magazine has unveiled a never-before-seen image from Justice League, giving us a brand new look at Batman and Wonder Woman alongside The Flash.

Will we see a new Justice League trailer before the end of the year? That’s a question that fans have been asking themselves for quite a while now, but we’ve got a brand new look at the movie to help ease the wait.

EW has unveiled a never-before-seen image from the upcoming Zack Snyder-directed movie, featuring Batman (played by Ben Affleck), Wonder Woman (Gal Gadot) and The Flash (Ezra Miller). You can check it out below. 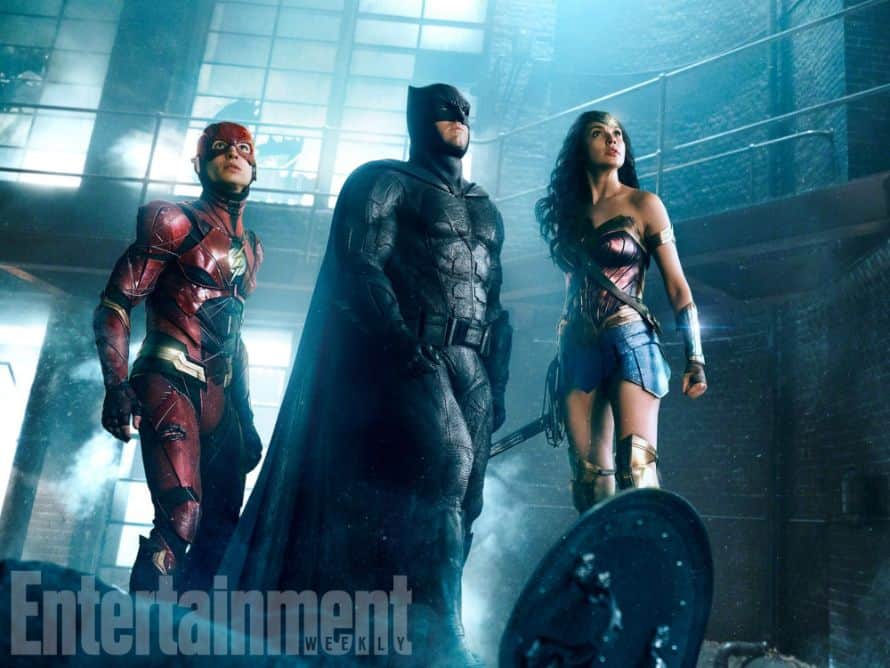 The magazine also had the chance to speak with Miller, who discussed his character’s role in the Justice League and his thoughts on the rest of the team.

“Flash is Ringo Starr. He annoys everybody, but he doesn’t have any specific beef with anyone. Uncle Fish Curry [Aquaman] is very grumpy. Dad [Batman] gets grumpy too. (He’s had a long life of fighting crime.) ­Wonder Woman is very considerate, so even though she’s annoyed with the Flash, she’s still very compassionate.”

What do you guys think? Sound-off your thoughts in the comment section below.