Another Justice League photo, another shot of our heroes looking at something. People revealed the new image featuring Wonder Woman, Batman and The Flash in conjunction with an interview with Ezra Miller, who will be portraying the Scarlet Speedster.

The interview also included Ben Affleck, who pointed to the film’s lighter approach to the group of heroes while using the word that has sparked comment sections about the DCEU everywhere — “humor.”

“This is a step in evolution to bring together all of these characters who have had their origins,” Affleck said. “It’s about multilateralism, and it’s about hope and about working together and the kind of conflicts of trying to work together with others. Part of the drama of the movie is the question of whether or not the team is going to come together. It’s very different from the tenor of the last movie and there’s also more room for humor.”

You can see the image below: 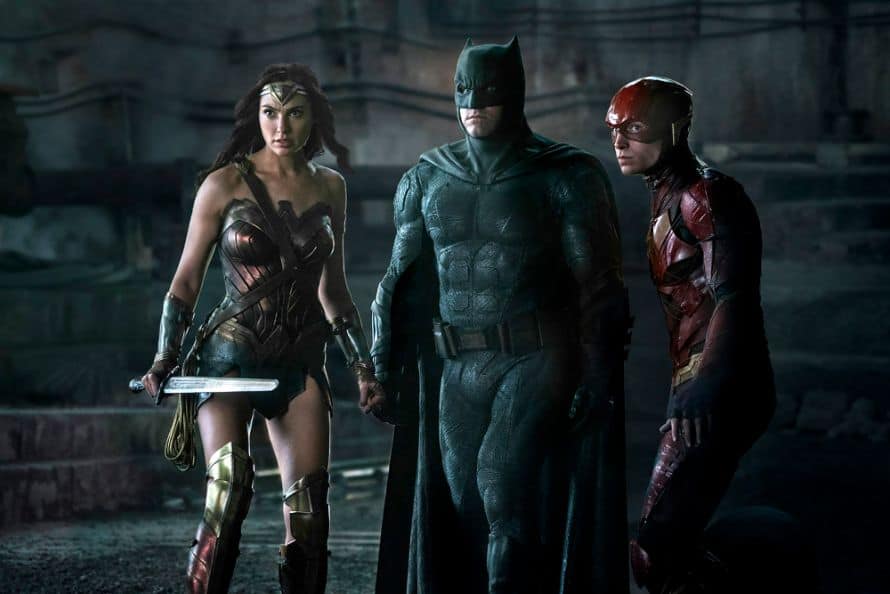 Meanwhile, Miller talked on how he’s fallen in love with the A-list cast while filming. Through the departure of Zack Snyder as director and the reshoots with Joss Whedon, the main cast developing a strong relationship along the way could only be seen as a good sign for the film.

“I love this gang of weirdos,” he said. “We’re all very different humans and we really love each other through and through. I personally always feel that the goodness of what we create interpersonally on a set flows into the quantum fabric of the film. I trust completely in this very esoteric understanding.”

Affleck added that this “gang of weirdos” also come with their own unique personalities. That clash will in no doubt lead to the initial drama at the beginning in regards to whether or not they’ll come together as Affleck pointed out earlier.

“Wonder Woman is very powerful, Aquaman is very badass — he’s got very strong and stubborn energy,” he said. “Flash is a lot of fun and full of life and Cyborg is just a very smart and independent person. And we have some new vehicles that are really awesome, like the Flying Fox, it’s so big that it can transport the whole League and can carry a Batmobile.”

More to come on this as Heroic Hollywood learns new details.