Justice League features Cyborg this week and we have two new behind the scenes photos that show us a little bit of Victor Stone's back story.

There are only 24 days until Justice League opens in theaters everywhere. The film will represent the first time six major (possibly seven) of DC’s most popular heroes come together for a live-action adventure. Leading up to the film, Warner Brothers hopes to generate fan excitement by devoting a week to one of the heroes. As we reported yesterday, this week is “Wonder Woman and Cyborg Week.” So it only makes sense that we would get new images of Victor Stone (played by Ray Fisher) in action.

I say Victor rather than Cyborg, because these photos show us a little of his backstory as a star football player. The images were shared by Zack Snyder on the mobile-based social media platform Vero. You can check them out below.

OTHER: BTS Vic Stone in action, Zack on Vero from DC_Cinematic

Even looking at this from the other side of the camera, the film looks visually stunning.  I’m surprised and happy to see that the snow is practical. With all of the green screen in use,  I would have assumed they would go CGI with the snow.

There are two more images. In the first one, we see director Zack Snyder and Ray Fisher probably looking at footage at a monitor in video village. They are joined by DP Fabian Wagner and Eli Snyder. The other image features Zack and Eli Snyder alongside several crew members. 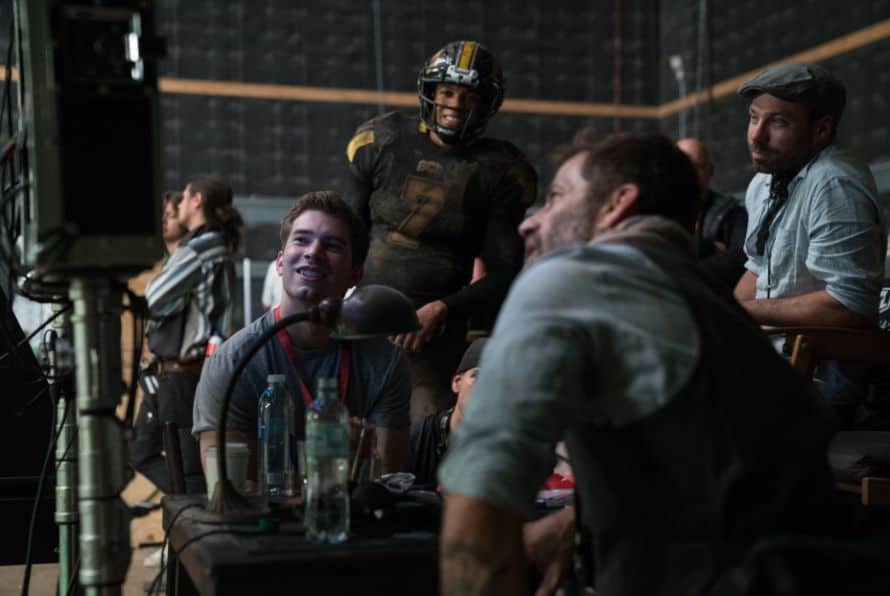 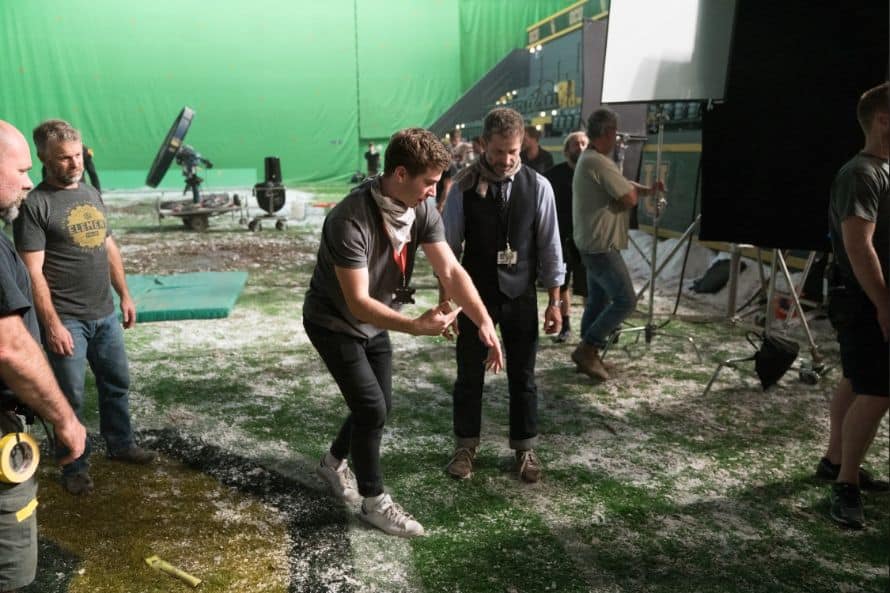 These behind-the-scenes photos really just give us another look at the scope of making a film as big as Justice League. As epic as it will be, it’s important to know a little bit about the back stories of our three new core heroes joining Batman and Wonder Woman. I really hope we get to know and like Cyborg even a little bit as there has been so much debate about everything from his look to him even being a part of the team.