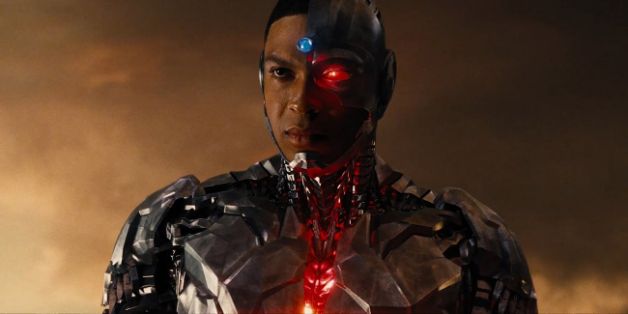 Justice League star Ray Fisher has revealed what he’d like to see in his standalone Cyborg movie. The film was on Warner Bros. and DC Films’ original slate, but no new information about the project’s development has been revealed.

Ray Fisher recently spoke about the long-in-development Cyborg film at the Celebrity Fan Fest in San Antonio, Texas. He revealed the details he’d like to see in the film, explaining the conflict he wants to see his character struggle with:

Ray Fisher went on to explain Cyborg as a character and added what he would like to see the solo feature explore:

“I think in Justice League we see a Cyborg who is fighting against the machine, and I would like to see what it would be like if he becomes so comfortable with himself that he actually gives in too much to the machine side, where he’s like, ‘You know what? I’m going to embrace this wholeheartedly.'”

You can check out the interview here:

What do you think about Ray Fisher’s comments? Do you want to see Ray Fisher as Cyborg in his own solo film? Let us know your thoughts down in the comments!

Ray Fisher as Cyborg was last seen in Justice League. Here is a synopsis for the movie:

While Warner Bros. currently has no update for the Ray Fisher Cyborg film, the DCEU continues forward with Birds of Prey (And The Fantabulous Emancipation of One Harley Quinn), on February 7, 2020, and Wonder Woman 1984 on June 5, 2020. A standalone Joker film set outside of the DC Films universe starring Joaquin Phoenix as the Clown Prince of Crime is also set to hit theaters October 4, 2019.