After years of rallying from passionate fans, we finally got a chance to see the Snyder Cut of Justice League, which was for the most part a solid representation of director Zack Snyder’s original vision for the superhero team-up film. The 4-hour Snyder Cut featured elements that were completely omitted from the 2017 release, including the presence of one Darkseid (Ray Porter).

The Snyder Cut gave fans our first live-action interpretation of Darkseid, whose physical presence coupled with Ray Porter’s intimidating voice performance left fans wanting more from this take on the legendary DC Comics villain. Fans wanting to see some of the remarkable work from the artists on Justice League are in luck, with concept artist and creature designer Jerad S. Marantz revealing an unfinished, but still intense and detailed close-up of Darkseid.

You can check out Marantz’s Darkseid concept art from the Snyder Cut down below: 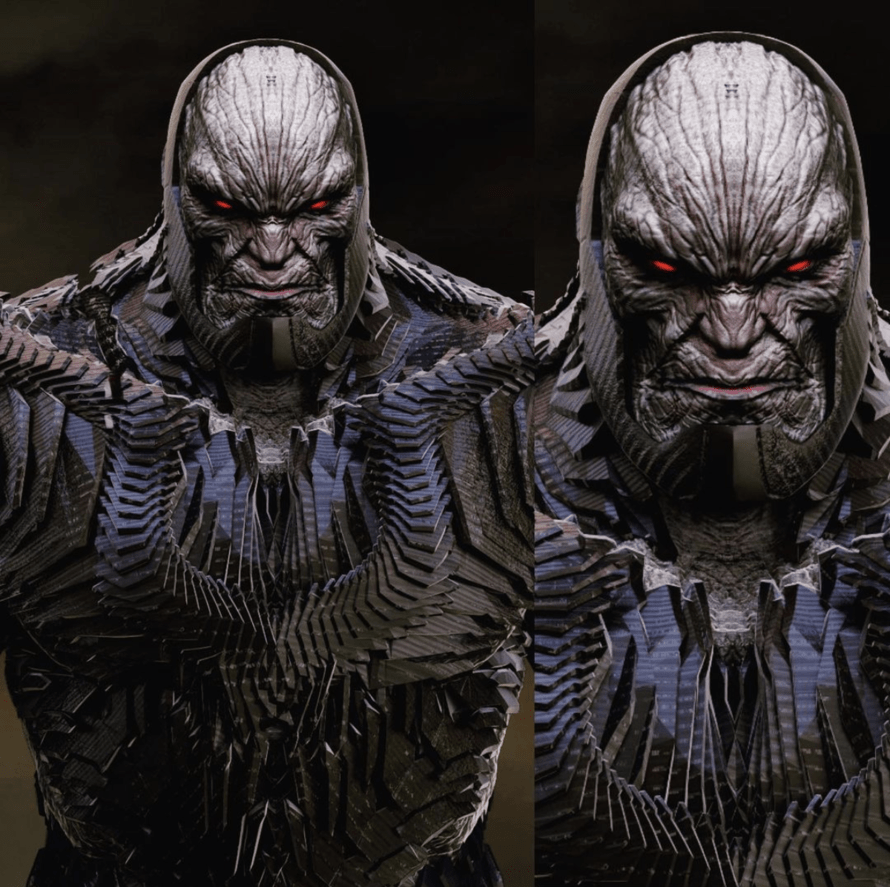 In the Snyder Cut, Darkseid was set up to be the ultimate antagonist for the Justice League to face off against in Zack Snyder’s proposed sequels. The character was also expected to appear in the now-shelved New Gods film from writer/director Ava DuVernay (Selma; When They See Us).

What do you think of Marantz’s concept art of Darkseid from the Snyder Cut? Would you like to see more of Darkseid in the future of the DC Extended Universe? Sound off in the comments below.

Here is the synopsis for the Snyder Cut:

Zack Snyder’s Justice League is available on HBO Max. Stay tuned for the latest news regarding Darkseid and the future of the DC Extended Universe, and make sure to subscribe to our YouTube channel for more content!