Justice League was finally released on Digital HD this week and in addition to fans being able to own the theatrical cut of the film, Warner Bros. released two of the scenes that were left on the cutting room floor. Reception to both scenes have been extremely positive, and the film’s director Zack Snyder recently responded to the reactions that he’s been seeing from the DC fan community.

Snyder posted an image of himself and his wife Deborah on Valentine’s Day on the social media app Vero. Unsurprisingly, it didn’t take too long before a fan commented with a question about Justice League. While it might be a no-brainer that Snyder has seen the footage that he himself shot, he still took the time to respond to the fan with a polite answer. You can check out the full exchange below. 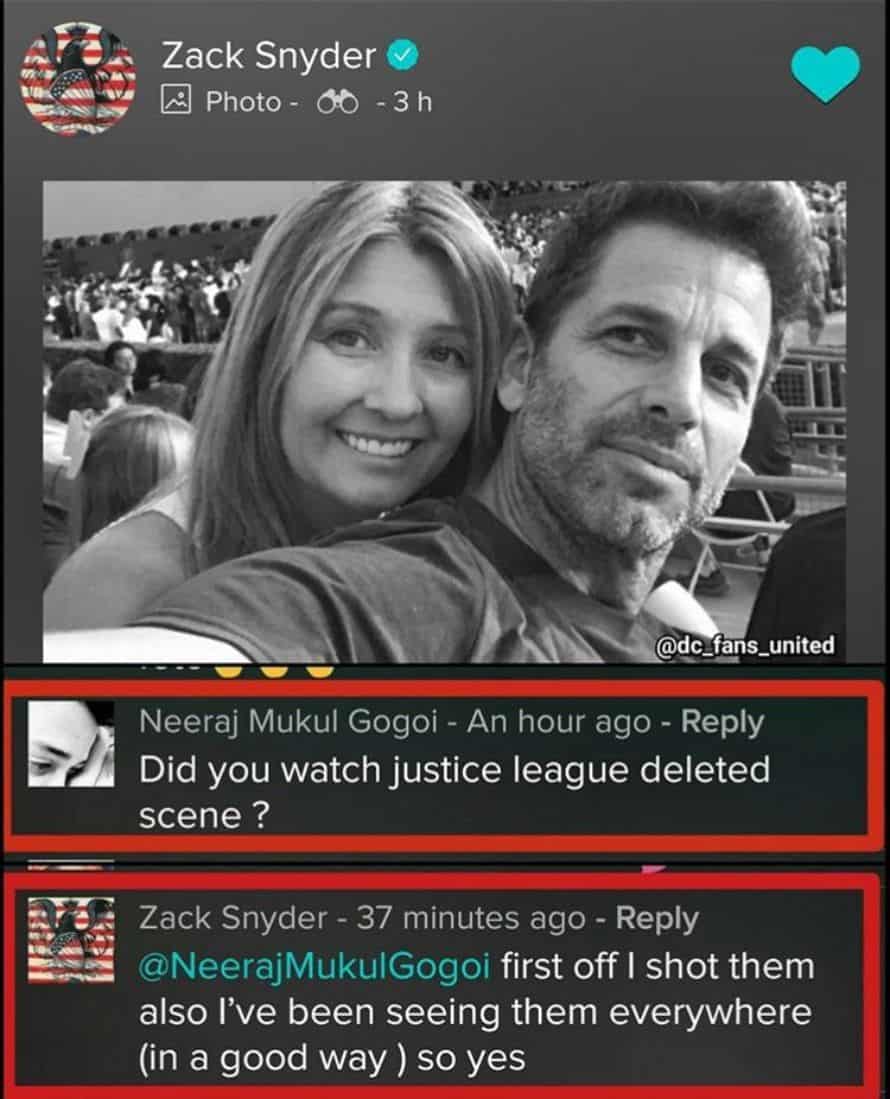 Have you seen the deleted scenes that were released from Justice League? Let us know what you think of them down in the comments section below!

Here is the official synopsis for the Justice League movie:

Justice League is now available on Digital HD and will be released on 4K Ultra HD, Blu-ray, Blu-ray 3D Combo Pack, and DVD on March 13.