Some new, never before seen concept art from the original cut of Zack Snyder’s Justice League has recently surfaced and gives fans a better look at how Vulko would have looked in that film prior to Aquaman.

Concept artist Constantine Serkis shared his concept art of Vulko for Zack Snyder’s cut of Justice League. As you’ll recall, Willem Dafoe’s Vulko was ultimately cut from the version of Justice League seen in theaters and saved for James Wan’s Aquaman instead, despite one brief tidbit that we’ll get to in a minute. But here is Serkis’ explanation behind the concept art:

“Here is Vulko costume concept done when I was back on Justice League in the costume department. [I was] working under Costume Designer Michael Wilkinson…at the time, the script was still being drafted, so Michael had a long list of fun characters from the studio. He wanted to see first pass at maybe pop in the film quickly. In the end, they saved Vulko for the stand alone Aquaman film that was done by Kym Barrett and her amazing team.”

Now, that tidbit. Based on what we know about Zack Snyder’s cut of Justice League, in addition to Mera, Vulko was meant to appear in the film, thus leading directly into the Aquaman film. Zack Snyder has shared images on Vero in the past that, along with Jason Momoa’s discussions, show how Justice League would tie into James Wan’s film. Plus, in Aquaman itself, during Arthur’s first encounter with Mera, he mentions Vulko by name, even though we as an audience have never seen this character before.

While the art for Vulko in Justice League here doesn’t exactly resemble Willem Dafoe, this is, again, concept art. It’s a work in progress. Here, have a look at the Vulko artwork in the images below that Serkis shared on his ArtStation page: 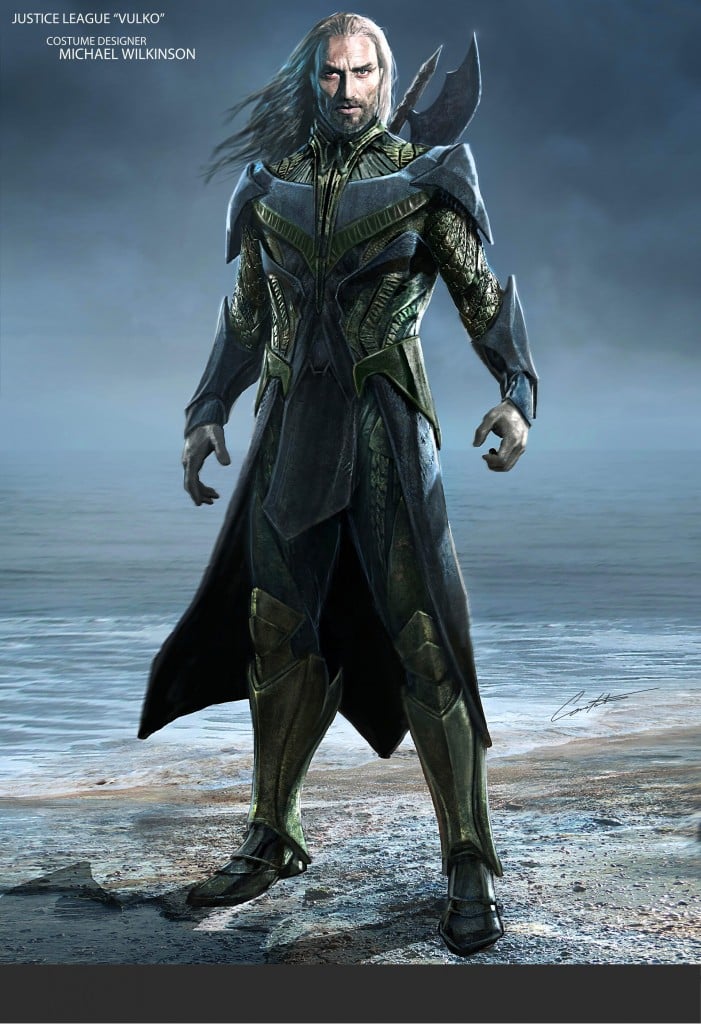 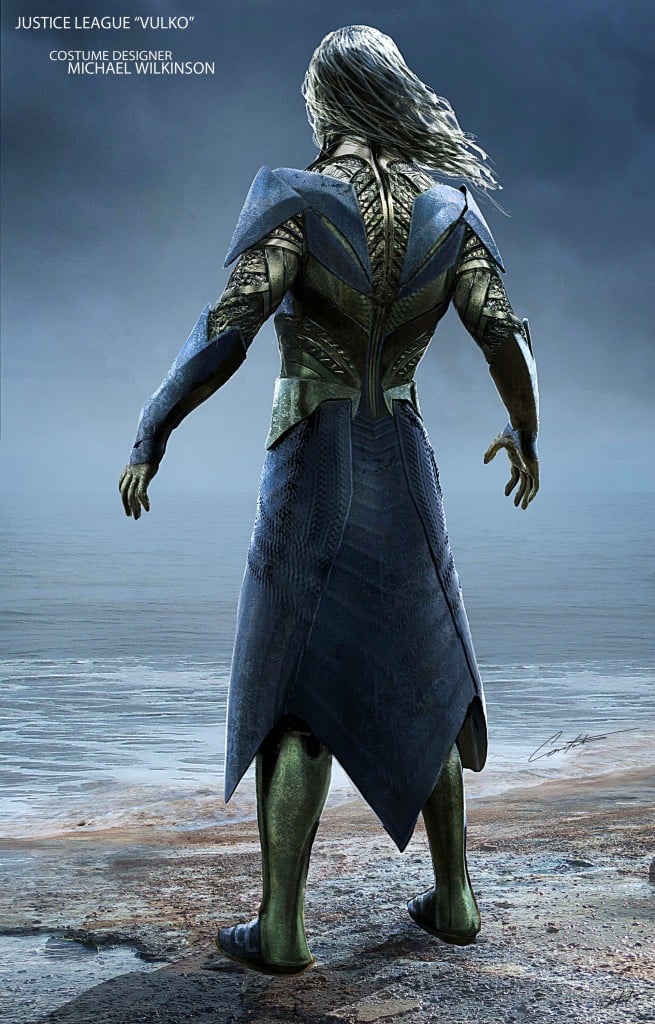 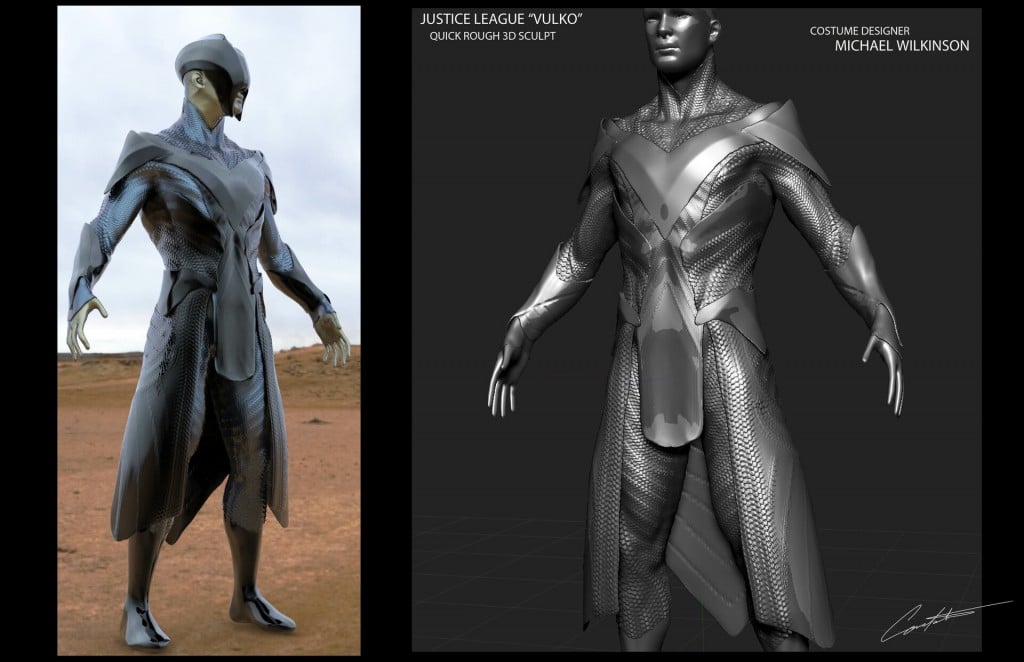 Again, though, like Atlantis, a lot of Arthur Curry’s life and supporting cast was ultimately saved for his solo film. But as far as Snyder’s take on Justice League is concerned, there was more connective tissue than meets the eye before the film was cut down to its less than desirable runtime. Still, though, what do you think of this concept art? Would you have wanted to see Vulko appear in Justice League prior to Aquaman? Let us know your thoughts in the comments below.

Aquaman is now playing in theaters.

Heroic Hollywood has unveiled new photos from the Aquaman press junket, offering fans a close look at the costumes, weapons, and creatures in the DC film.

Warner Bros. and DC's Aquaman will arrive in theaters soon and the recent press junket for the film included a gallery of several items featured in the titular hero's cinematic feature. Among the items on display are Arthur Curry's trident, Vulko's costume, an important map, and bits of the underwater creatures.

Are you excited to see the DC film hit theaters? Share your thoughts in the comments section below!