Warning: this article contains a spoiler for Justice League.

Since Justice League opens with a prologue sequence set in the distant past, it isn’t surprising to hear that a couple of “ancient” DC Comics characters are appearing in the big battle. But careful-eyed fans might just notice that Zeus, who is Wonder Woman’s father in this continuity, is taking up a fight with Steppenwolf.

During the big brawl between the Human/Atlantean/Amazonian armies for the fate of Earth that’s been teased, there’s a shot of a figure leading an attack on Steppenwolf. The figure, which looks a lot like he’s shooting lightning from his arm, can be seen below: 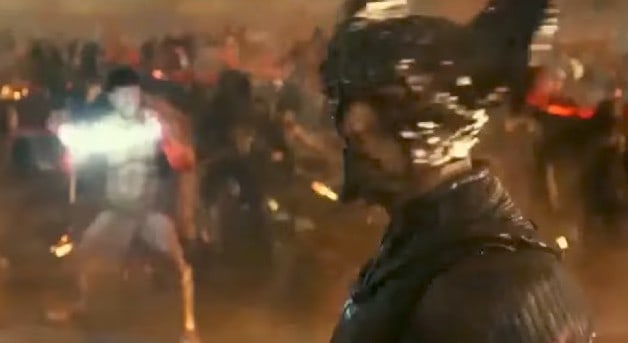 From the looks of things, it seems as though this could be Zeus preparing an attack on Steppenwolf – something which would potentially be strong enough to repel the New God and ultimately halt the invasion.