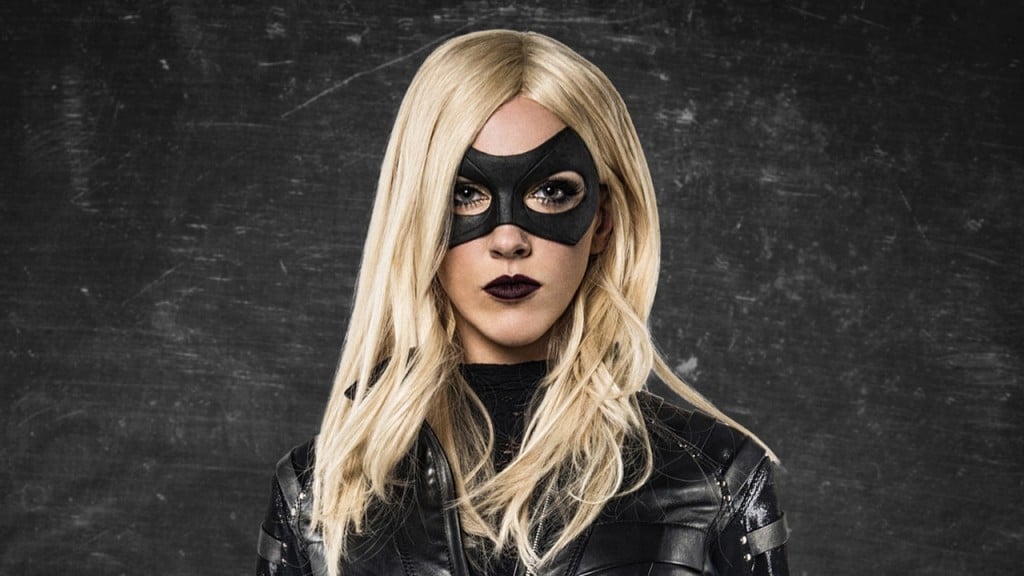 Arrow’s Katie Cassidy (Laurel Lance/Black Canary) will be making an appearance on another CW superhero show. TV Line revealed today that Cassidy will be guest starting on The Flash on Earth 2. This will mark as her second guest appearance on the show as she made a brief spot last year in “Who Is Harrison Wells?” where she got the Canary Cry from Cisco Ramon.

Executive Producer on Arrow, Marc Gueggenheim, confirmed the cross over during a Monday press screening.

As is the case on Earth 2 within The Flash universe, characters have doppelgangers who are often evil. In this parallel universe, Laurel Lance will be Black Siren. Siren is known for being a member of the Justice Society and the mother Dinah Laurel Lance in the DC Comics canon. Here is how TV Line describes it:

“In the parallel universe, Laurel takes on the moniker of Black Siren, who was a member of the Justice Society and the mother of Dinah Laurel Lance in the DC Comics canon.”

Cassidy’s appearance will take place during The Flash‘s penultimate Season 2 installment, airing May 17, with the season finale airing the following week on May 24.

The Flash returns on Tuesday, April 19 with the 18th episode titled “Versus Zoom” at 8/7c on The CW.

“BARRY IS READY TO FACE ZOOM; HUNTER ZOLOMAN’S STORY IS REVEALED – Equipped with the tachyon device, Barry (Grant Gustin) believes he is fast enough to stop Zoom (guest star Teddy Sears) and wants to open the breaches to catch him. Harry (Tom Cavanagh) strongly advises against that plan but after Barry convinces him, Harry reveals that Cisco (Carlos Valdes) has the power to re-open the breach. Meanwhile, Hunter Zoloman’s (Teddy Sears) painful story on Earth-2 is revealed. Stefan Pleszcynski directed the episode written by Joe Peracchio & David Kob (#218). Original airdate 4/19/2016.”