Keanu Reeves and Alex Winter suit up in a new photo from Bill and Ted Face the Music.

Three decades after making their first appearances as the titular heroes of Bill and Ted’s Excellent Adventure, Keanu Reeves and Alex Winter will reprise their iconic roles in the third chapter of the comedy film series. Titled Bill and Ted Face the Music, the long-awaited sequel will find Keanu Reeves and Alex Winter’s characters finally facing their destiny to create music that will bring peace to the universe.

This being the third outing for Keanu Reeves and Alex Winter’s Bill and Ted, one might expect them to be more than capable of answering the call to save the universe. However, Bill and Ted Face the Music director Dean Parisot revealed that the heroes will have a limited time to fulfill their destiny during an interview with Empire:

“They have an hour and 18 minutes. So they’re in trouble. And let’s say that they have to travel all over the place to try and figure it out.”

You can check out the new photo of Keanu Reeves and Alex Winter in Bill and Ted Face the Music below! 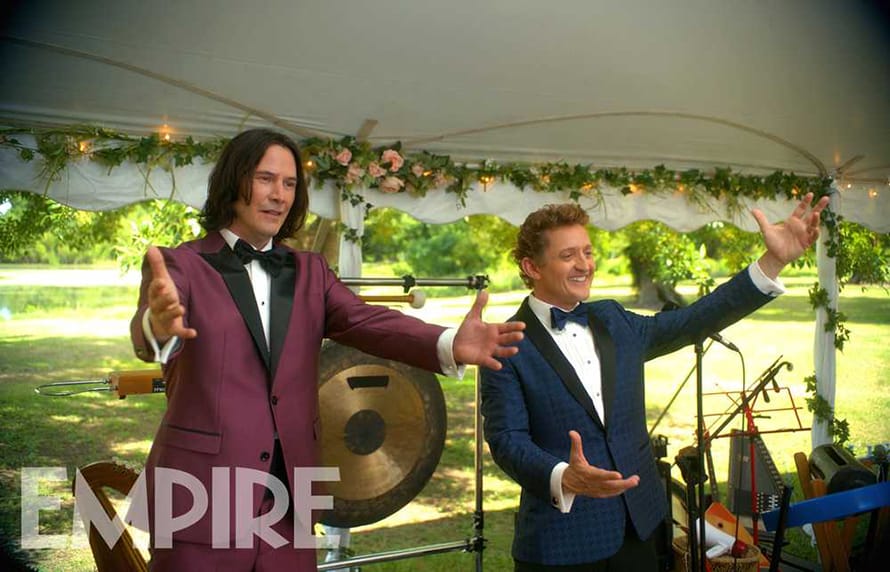 Are you excited to see Keanu Reeves and Alex Winter return in Bill and Ted Face the Music? Let us know in the comments section below!

Here is the official synopsis for Keanu Reeves and Alex Winter’s Bill and Ted Face the Music:

“The stakes are higher than ever for the time-traveling exploits of William ‘Bill’ S. Preston Esq. and Theodore ‘Ted’ Logan. Yet to fulfill their rock and roll destiny, the now middle aged best friends set out on a new adventure when a visitor from the future warns them that only their song can save life as we know it. Along the way, they will be helped by their daughters, a new batch of historical figures, and a few music legends – to seek the song that will set their world right and bring harmony in the universe.”

Bill and Ted Face the Music is scheduled to be released in theaters on August 21, 2020.