Next Friday, Keanu Reeves returns to the big screen in John Wick: Chapter 2, the sequel to 2014’s surprise hit action thriller, John Wick. The first film introduced us to the shadowy underworld of assassins in New York City as John (Keanu Reeves) went on a vengeful rampage to hunt down the son of a Russian crime lord who murdered his dog.

The sequel finds John now the target after he’s once again pulled back out of retirement when a former associate of his — who he’s sworn a blood oath to — plots to overtake an international assassins guild.

Lionsgate has released a brand new poster for the film which features John wielding dual pistols as he goes into action. You can check it out below. 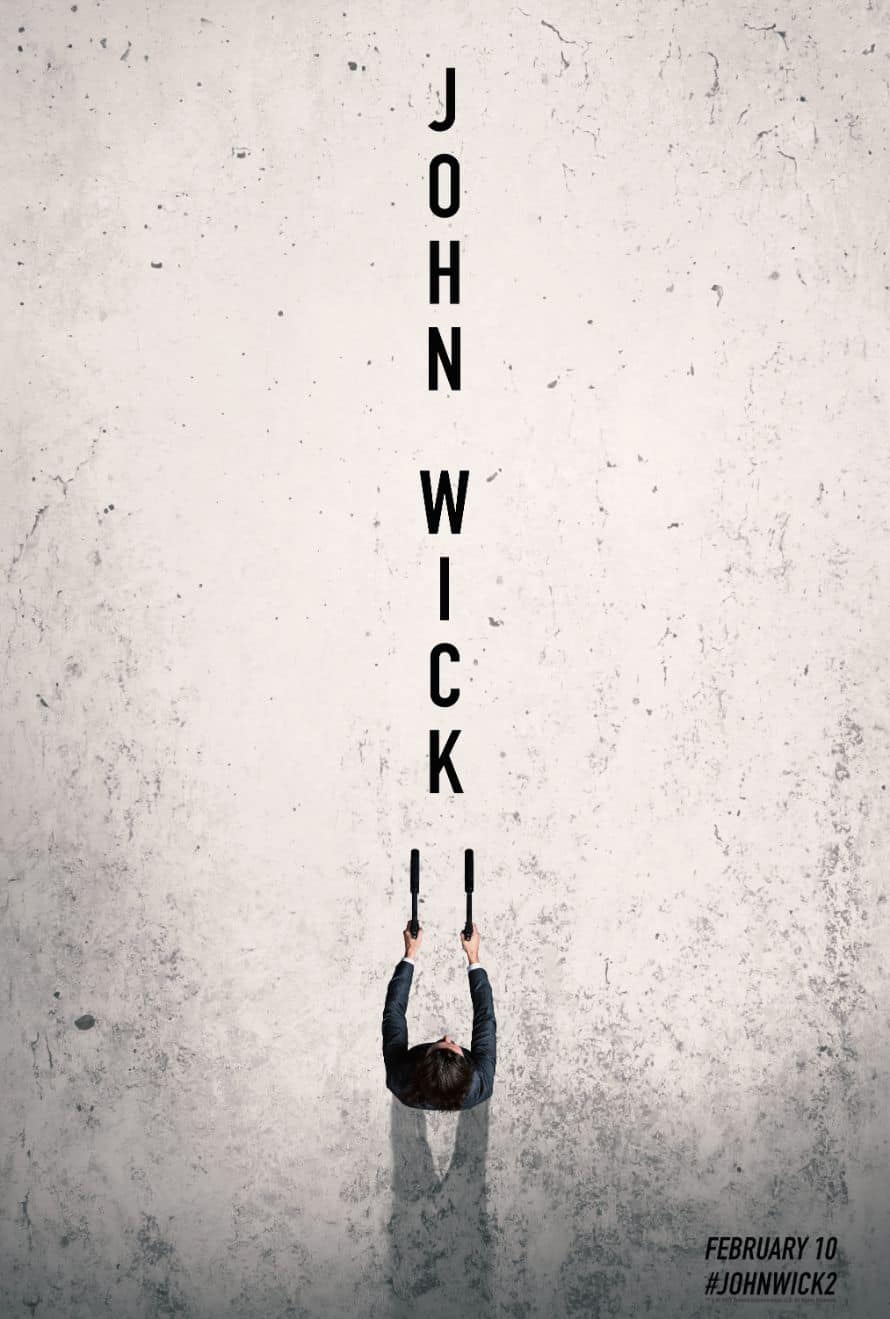 Keanu Reeves returns in the sequel to the 2014 hit as legendary hitman John Wick who is forced to back out of retirement by a former associate plotting to seize control of a shadowy international assassins’ guild. Bound by a blood oath to help him, John travels to Rome where he squares off against some of the world’s deadliest killers. Lionsgate’s “John Wick: Chapter 2” arriving in theaters on February 10, 2017.

Stay tuned for the latest news regarding Keanu Reeves and the future of John Wick!