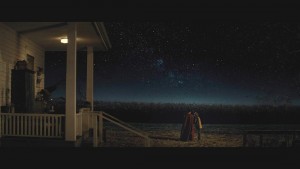 Zack Snyder’s Justice League has been filming in London for the past few months, and it now looks like we will be revisiting Kent Farm in the next Snyder film. Following Superman’s ‘death’ in Batman V Superman: Dawn of Justice, the character was buried quite close to his childhood home in Smallville. The set is currently being constructed in Yorkville. Twitter users Superman Homepage and Henry Cavill News have revealed new set photos of Kent Farm being built once again. You can check out the images below. This will not be the final update of this story, as we should be enticed to even more photos of the set, with some actors on there, within the coming days. No actors have been spotted on set.

So what do you guys think? Are you excited to see Kent Farm on screen once again? The farm has made appearances in Man of Steel and Batman V Superman. The current rumour going around states that filming here will involve Henry Cavill’s Superman and Diane Lane’s Ma Kent. Apparently, Superman will visit his grieving Mother; knowing Zack Snyder, this scene will enhance the film’s emotion. You can catch Batman V Superman on DVD and Blu-Ray now, with Justice League set to hit theatres everywhere next November.