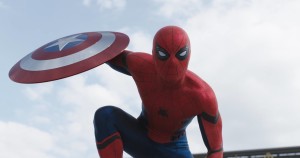 Marvel Studios president Kevin Feige says that the Marvel Cinematic Universe’s interpretation of Spider-Man is extremely enthusiastic about being a Superhero. This happiness and excitement is what Feige says will make Spider-Man stand out from other characters. In an interview with Deadline, he explained this idea in a bit more depth:

“His presence in Civil War was meant to be the counterpoint, the other heroes have a lot of history together. They have a lot of angst, they have a lot of geopolitical issues that they’re dealing with, and it’s heavy. This kid basically feels like he hit the jackpot. The most famous man in the world, Tony Stark, asks him to go to Germany and participate with the Avengers and he loves every minute of it.”

This excitement will be further explored in upcoming films such as Spider-Man: Homecoming according to Feige.

“That’s fun. That’s who Spider-Man is, and we can and will do much more of this in Spider-Man: Homecoming. You saw it in the comics; he constantly talks… That’s Spider-Man to us. That’s what we love.”

Feige seems to be extremely confident in not only the Marvel Universe’s adaptation of Spidey, but also Tom Holland’s portrayal and abilities.

Spider-Man makes his Marvel Universe debut in Captain America: Civil War, which is in theaters today.