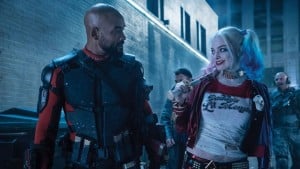 Suicide Squad is mere days away and it’s really unclear how little or how much we know about the film. News and rumors seem to constantly surface, it’s been hard to keep up with the facts and the fiction. Today though I have for you a stone cold fact!

Ezra Miller has joined the large cast of Suicide Squad. Marking this as his first appearance as Barry Allen/The Flash. Recent reports claim he recently wrapped shooting his scene for the film. Sources say that this will not be an end credits Marvel style scene, but will be interwoven with the overall film, which appears to be the route WB/DC will be taking with their films.

After the London Justice League set visit, journalists were clamoring about Ezra’s Barry Allen will steal the show. This last weekend at San Diego Comic-Con when the rest of us got to see the first Justice League footage it’s fair to say that most of us felt the same way. It’s clear that Warner Brothers knows they have something special with this character and Ezra playing him and if he fits in the Suicide Squad film as well then all the better. WB has no comment. It is unclear though if this was the extra footage that was shot months back during the film’s reshoots or if this was a whole secret shoot entirely. Answers will come in time, for now its just a brief waiting game to see this film in all it’s glory.

Here is the synopsis for Suicide Squad:

Intelligence officer Amanda Waller (Viola Davis) decides to assemble a team of dangerous, incarcerated supervillains for a top-secret mission. Figuring it has nothing to lose, the U.S. government supplies weapons to Deadshot (Will Smith), Harley Quinn (Margot Robbie), Captain Boomerang (Jai Courtney) and other despicable inmates. Dubbed the Suicide Squad, the united criminals must defeat a mysterious and powerful entity while contending with the antics of the diabolical Joker (Jared Leto).