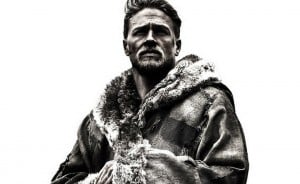 Warner Bros.’ King Arthur: Legend of the Sword will be the latest depiction of the fabled British ruler and while producer and writer Lionel Wigram may be hoping for a hit worthy of a franchise, only time will tell how audiences will respond to the film. In an interview with Collider, Wigram revealed that King Arthur: Legend of the Sword was originally intended to be the beginning of a shared cinematic universe within the world of Camelot.

Wigram explained that the original idea for the franchise was to create a shared film universe centered on the origin stories of characters featured in the Arthurian legend.

“I think that we will go off in our own directions, but hopefully with a nod or a wink to those original stories. There’s certain things that we’re based on, so for example, a guy called Joby Harold, who was the person who came up with the original idea for this particular franchise, and his idea was to have separate origin stories for King Arthur, Lancelot, Merlin… I don’t think we’re quite going to go that way, as things change – we’ll see what happens, we’re making the first movie – but if we do get lucky enough to do more, it’ll be slightly different to that, but it will still be the same idea: to give everybody their separate journey, and in the course of the movie we meet our main characters, in a slightly different way from the original story, and hopefully it reinvents them in a fun way.”

Would you like to see a shared universe featuring characters from King Arthur‘s legend? Share your thoughts below!

The young Arthur runs the passages of Londonium with his crew, not knowing his royal lineage until he grabs Excalibur. Instantly confronted by the sword’s influence, Arthur is forced to make up his mind. Joining the rebellion and an enigmatic young woman named Guinevere, he must learn to address her and eventually understand her magic weapon, deal with his demons and unite the people to defeat the dictator Vortigern, the man who murdered his parents and stole his crown to become king.

King Arthur: Legend of the Sword will be released in theaters on May 12, 2017.