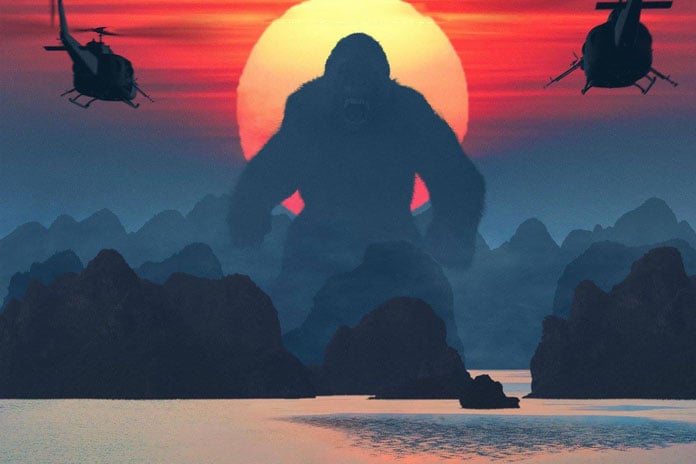 The IMAX poster for Kong: Skull Island wears its love for Apocalypse Now on its sleeve by paying homage to the poster for that movie.

The poster, as revealed by Entertainment Weekly, was deliberately designed to recreate the imagery of the Apocalypse Now poster made by Bob Peak. While the presence of helicopters and a boat on a river naturally remain constant, the two big changes involve story elements tied to the film. King Kong naturally takes the place of Marlon Brando’s Colonel Kurtz as he leers over the river, and the light from the bombs that are being dropped on Skull Island (which the trailers indicate are why the giant ape loses it in the first place) replace the light coming from a constructed platform. 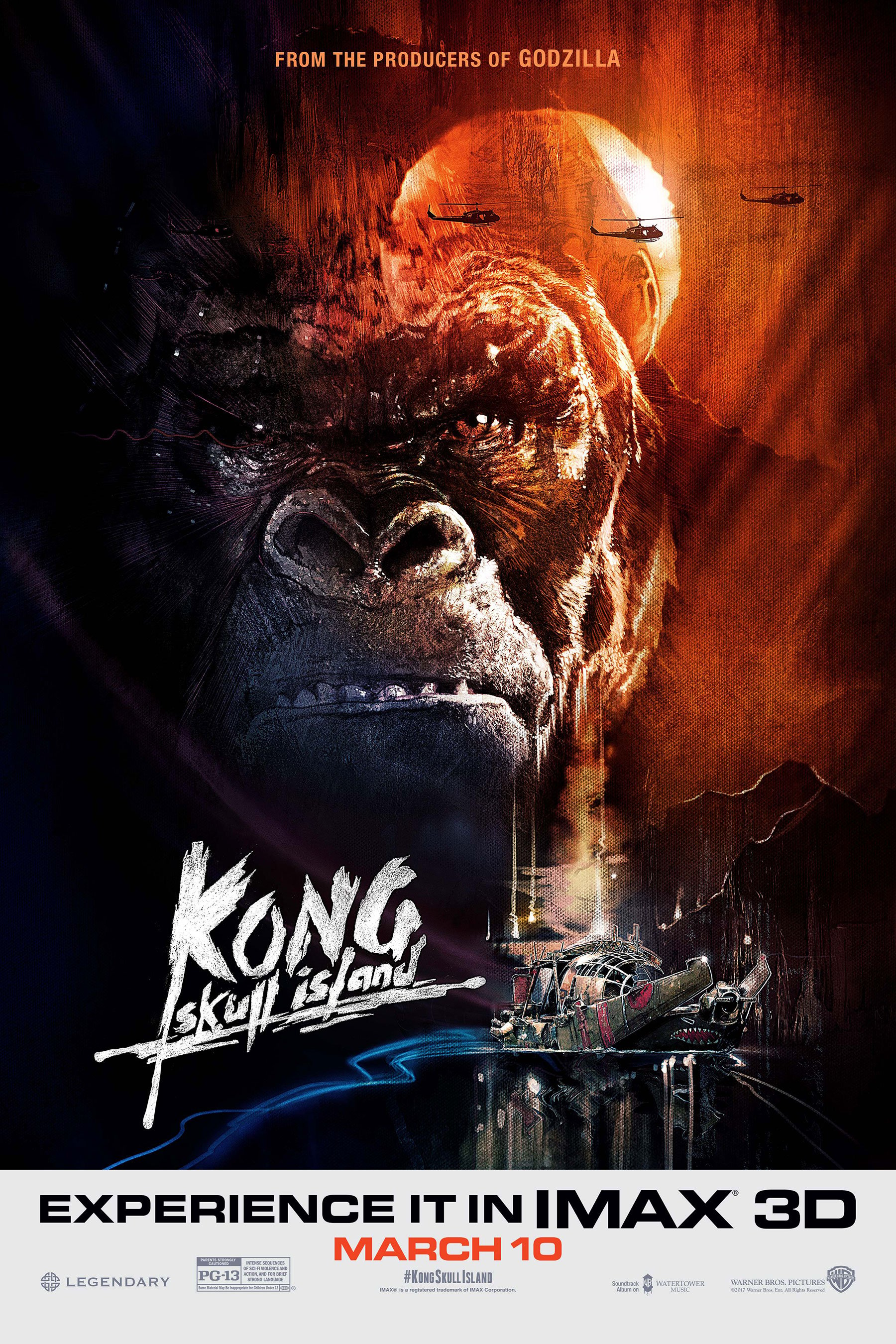 Kong: Skull Island will be released on March 10, 2017. The film revolves around a new take on the classic mythology, featuring visual aesthetics inspired by the Vietnam War and monster-against-monster battles of titanic proportions. The film features an all-star cast of actors, including Tom Hiddleston, Samuel L. Jackson, Brie Larson, John Goodman, Toby Kebbell, and John C. Reilly. It is the second installment in Warner Brothers and Legendary’s “MonsterVerse” and a prequel to 2014’s Godzilla remake, and is set to be followed by both a sequel (Godzilla: King Of Monsters) on March 22, 2019 and a team-up (Godzilla VS Kong) on May 29, 2020.