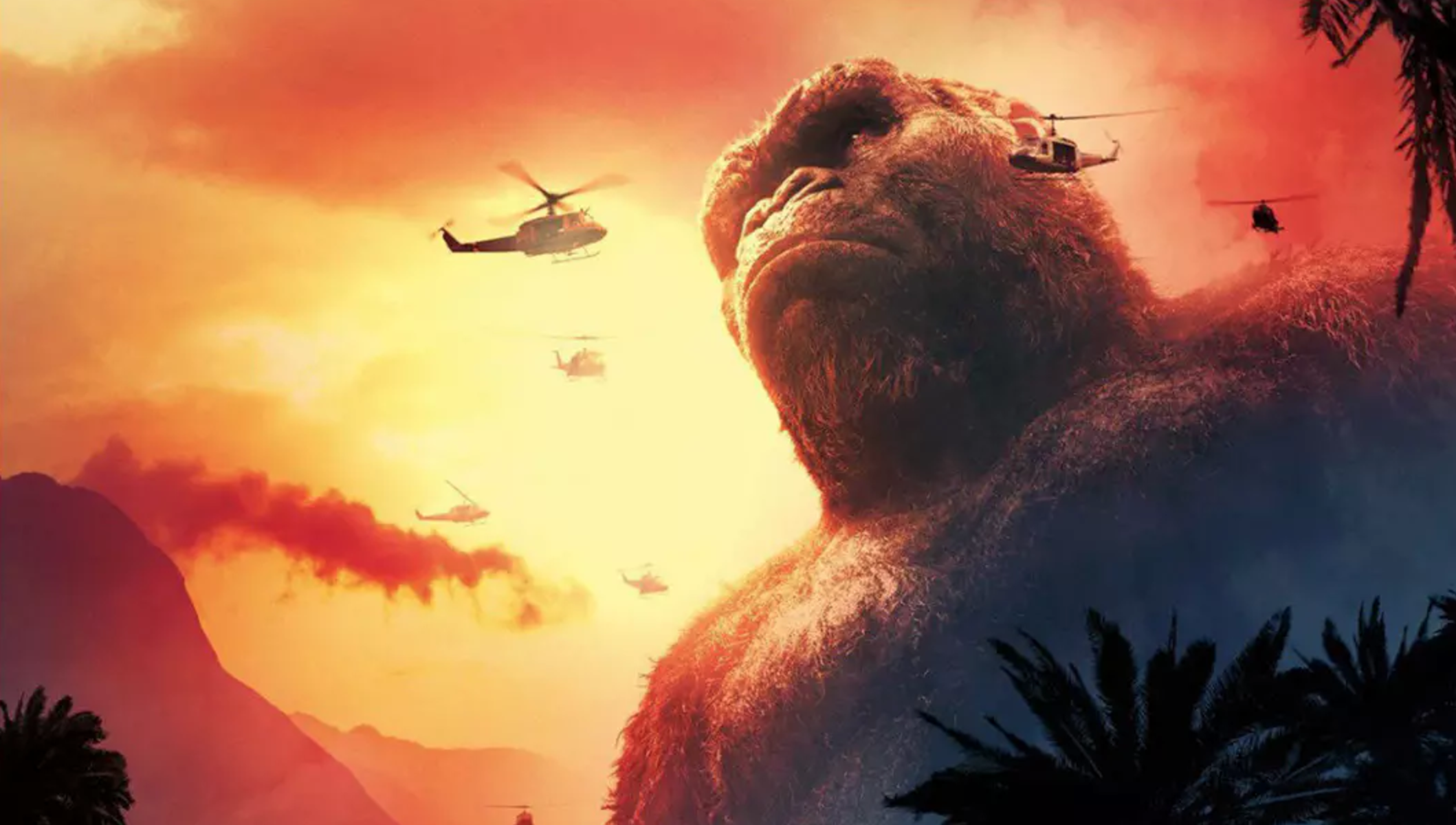 A new international poster released for the upcoming Kong: Skull Island calls attention to the size and scale of mythic ape in the film. Director Jordan Vogt-Roberts has drawn influence from the 1933 original as he introduces a much a larger Kong into Legendary’s MonsterVerse than Peter Jackson’s recent take on the bipedal ape. The size of Kong is to help audiences feel a sense of wonderment and see the monstrous sized ape as a god when the film debuts next month.

The new poster features the god-like ape towering over the jungle of Skull Island as he is surrounded by the Huey helicopters flown by the team of explorers who are left stranded on the island after the giant ape cuts their exploration mission short. You can check out the poster below. 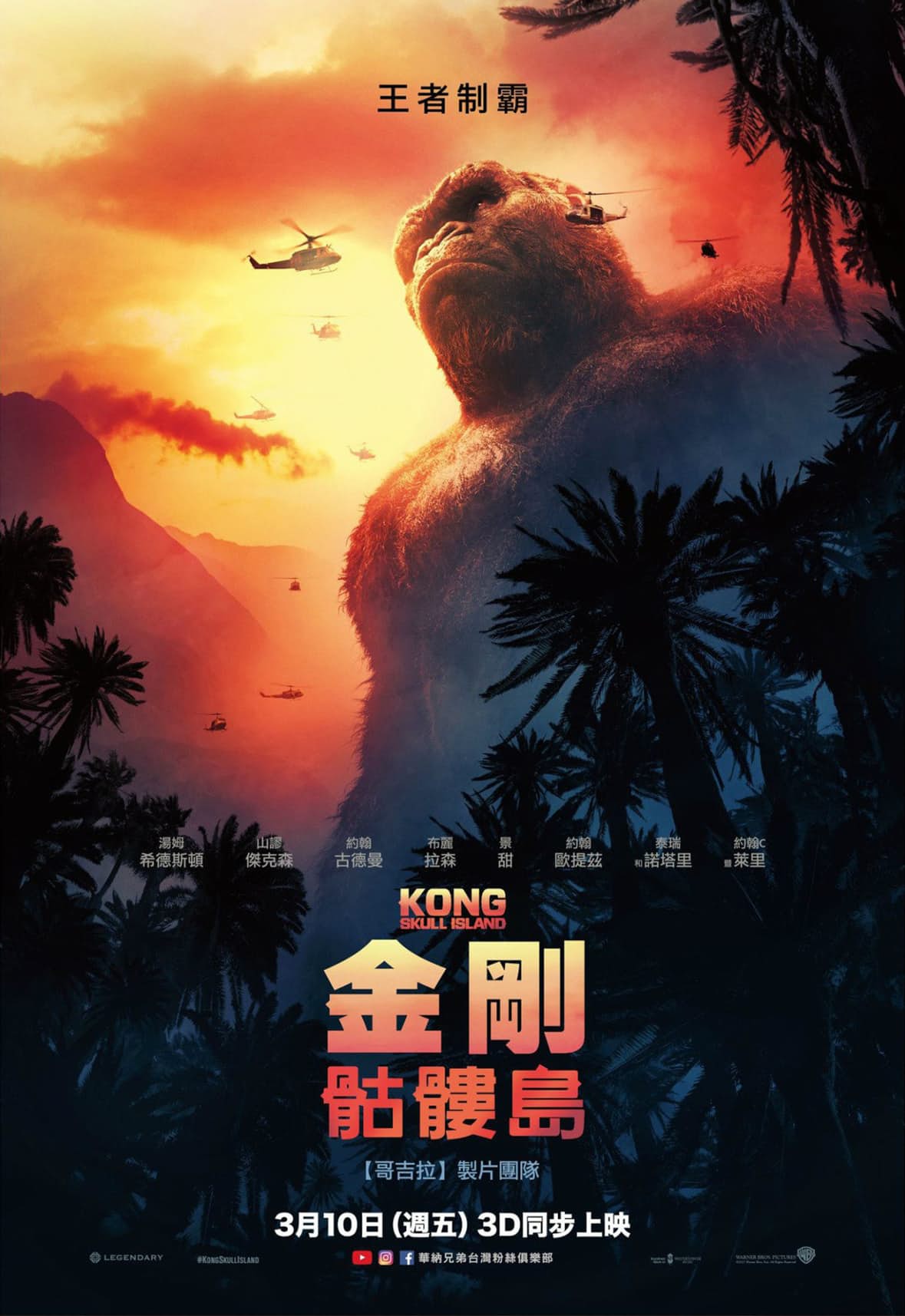 While this version of Kong will be the largest take in recent years, neither this nor the giant gorilla in the 1933 original is the largest he has ever been. That credit goes to the ape featured in 1962’s King Kong vs. Godzilla.

The upcoming creature feature is the second film in Legendary’s cinematic monster universe. The giant ape will be followed by the return of Godzilla in Godzilla: King of Monsters which begins shooting this summer in Atlanta, Georgia.