With only a few hours to go until the highly anticipated Warner Bros. Pictures Comic-Con panel finally kicks off, Legendary and Warner Bros. have unveiled the first official poster for Jordan Vogt-Roberts’ Kong: Skull Island, giving us our first official look at Kong himself looming in the shadows.

The director of the movie recently said that Skull Island would feature the biggest Kong ever seen on screen and as it turns out, he wasn’t exaggerating. Wow. Just look at the size of that thing. The fact that there’s a Godzilla vs. King Kong movie in the works finally makes sense now, because this thing looks big enough to go toe-to-toe with Godzilla. 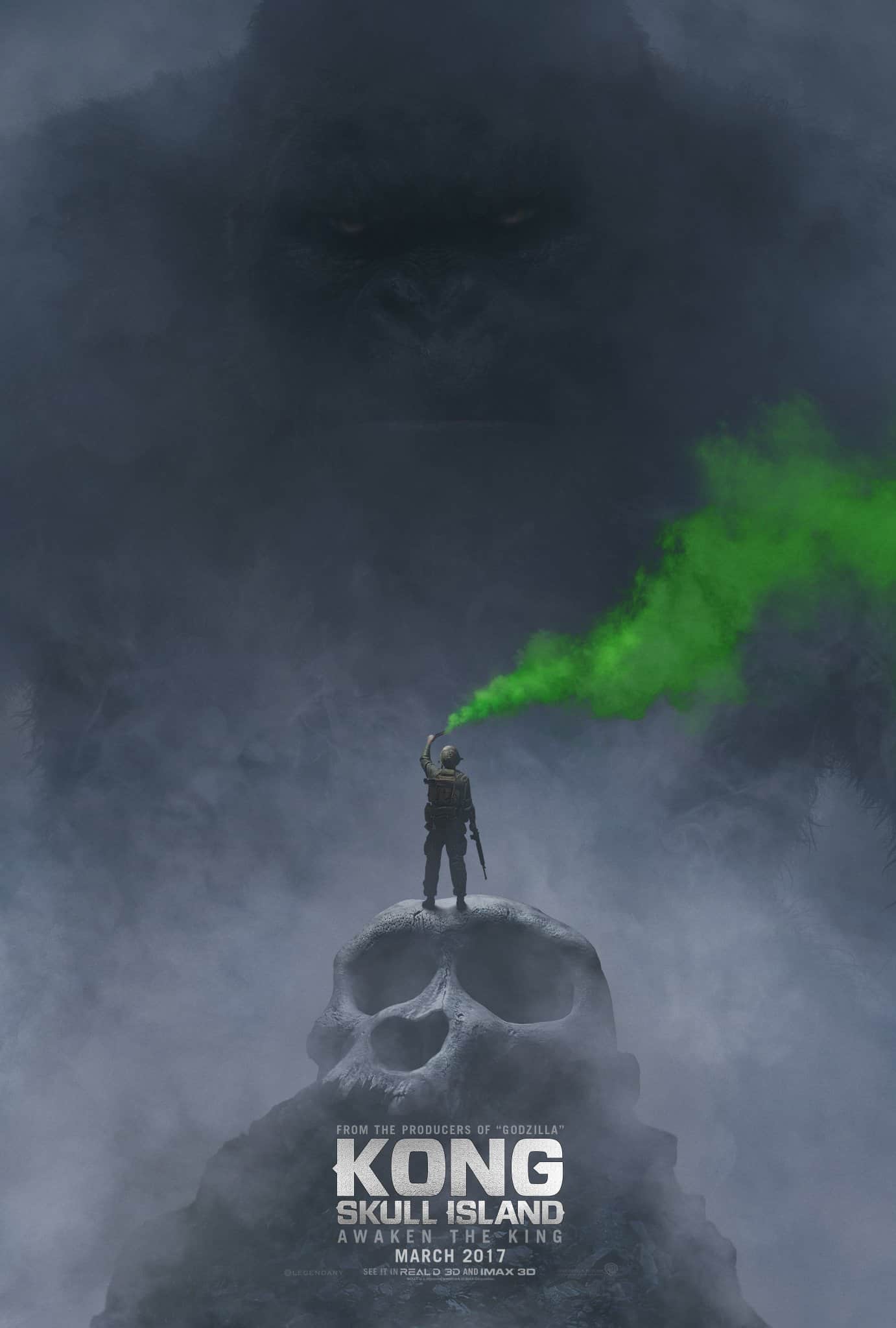 Warner Bros. Pictures and Legendary Pictures’ “Kong: Skull Island” reimagines the origin of the mythic Kong in a compelling, original adventure from director Jordan Vogt-Roberts. In the film, a diverse team of explorers is brought together to venture deep into an uncharted island in the Pacific—as beautiful as it is treacherous—unaware that they’re crossing into the domain of the mythic Kong.