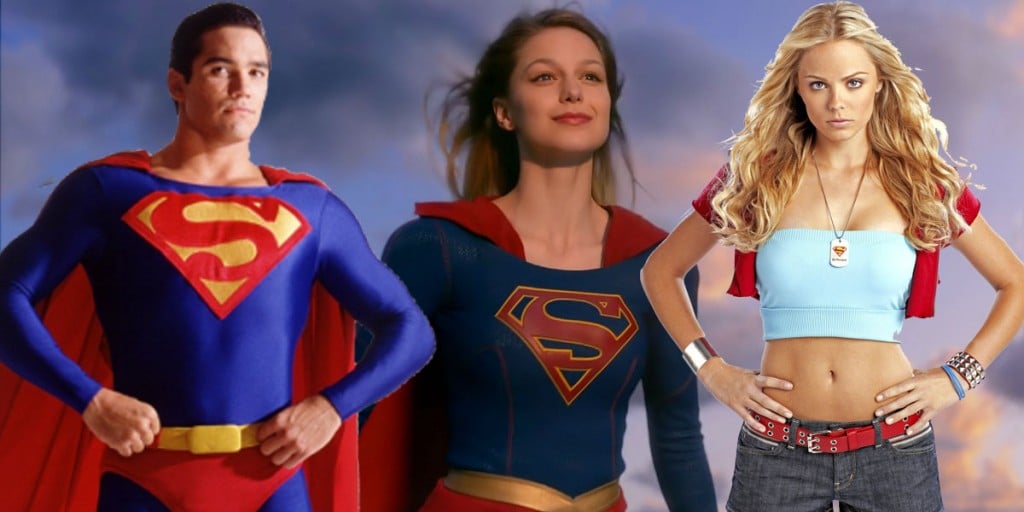 John Wesley Shipp proved to fans that the old school DC TV actors still have the chops to suit up, dawning the suit of the golden age Flash, Jay Garrick, during the season two finale of The Flash. Along with Shipp, actress Laura Vandervoort and actor Dean Cain are both part of DC TV’s crew of classic actors who have decided to lend their talents to the new generation of DC television shows on the CW. Vandervoort played Supergirl back during Smallville‘s run, and Dean Cain played the big blue boy-scout himself in Lois and Clark back in the 90s. Both Vandervoort and Cain have graced fans with their presence during Supergirl‘s first season on CBS, playing villain Indigo and Kara’s presumably deceased father Jeremiah, respectively.

The YouTube channel ‘The Hashtag Show’ caught up with both talents, and had a chance to pick their brain about their roles on the show and where their characters might go as the show progresses. Cain’s character, Jeremiah, was revealed to actually be alive at the end of Supergirl‘s first season, and Vandervoort plays a character who is based on both Indigo and Brainiac from the comics, meaning we probably have not seen the last of her either.

One of the more interesting questions asked had to do with the possibility of Vandervoort and Cain playing their original roles of Supergirl and Superman in a different timeline, as we all know that parallel universes and alternate timelines are a big plot point of The Flash and will most likely carry over to the other DC shows during their next season run. Both actors skirted around the question, and it sounded like neither of them genuinely had any idea of where their characters were headed, but it was still fun to see them both discuss the possibilities. And might I add, Dean Cain is quite the strong interviewee! He’s a blast to watch.

Check out the video below, from ‘The Hashtag Show’ YouTube channel:

It sounds like neither talent is too sure about their future on the show, but it is still fun to think about them suiting up once again in a fashion similar to John Wesley Shipp. In DC Comics’ New 52 run, Kara’s Kryptonian father actually turns out to be Cyborg Superman. Could this be where the show is headed, only with her Earth father this time? One thing is for sure, fans would be in heaven if they were to do something that bold. Maybe a Justice League comprised of old school DCTV actors? Okay, maybe that’s totally a fanboy pipe dream, but fanboys are allowed to dream too!