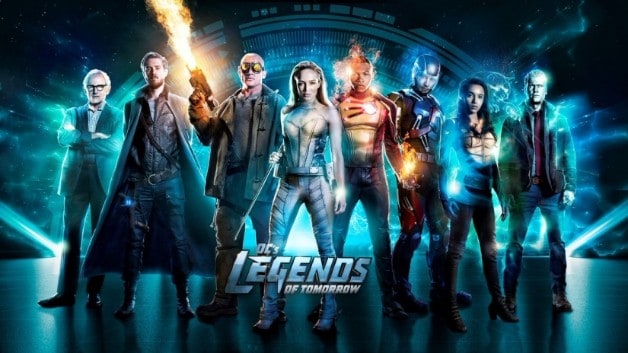 The CW and DC’s Legends of Tomorrow premiered its fourth season last night to record low ratings for the series.

The Arrowverse series have had a good run over the years. Legends of Tomorrow had its audience, despite being the most fantastical, sometimes even silliest, show in the Arrowverse, for better or worse depending on who you ask. That’s saying something considering the strange places that The Flash has gone but Legends of Tomorrow is a series that can truly stand on its own. Well, or at least it did until last night’s premiere.

According to TV Line, last night’s season 4 premiere scored just over a million viewers and a demo rating of a mere 0.3. These numbers have dipped below the 1.5 million views and 0.5. rating average scored by season 3, as well as the 1.4 million viewers and 0.4 rating earned by the season 3 finale. Don’t worry Legends fans, this doesn’t exactly mean that the show is going to get the Iron Fist/Luke Cage treatment anytime soon. Shows like The Walking Dead and even Arrow have had their ups and downs throughout the years. Plus, the numbers haven’t exactly dropped catastrophically.

Latest Episode Of ‘The Flash’ Teases The Justice League

We’ll be sure to keep you updated on all news regarding The CW’s Legends of Tomorrow as soon as more information becomes available. What’s your opinion on the season 4 premiere? Did you feel a drop in quality or not? Let us know your thoughts in the comments below!

After defeating Mallus by cuddling him to death with a giant stuffed animal named Beebo, the Legends were ready to ease off the gas. That was until Constantine arrived to inform them that, in solving one major problem, they have created another, much larger one. When the Legends let time crumble in order to release and defeat Mallus, the barrier between worlds softened. History is now infected with “Fugitives” – magical creatures from myths, fairytales, and legends. Having been expelled throughout time by people like Constantine, these Fugitives are now returning to our world in droves and making a real mess of things. So when all hell breaks loose, who ya gonna call? That’s right, the Legends!