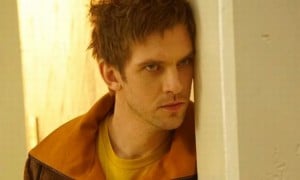 According to Marvel, FOX channels have picked up the worldwide rights to the FX show Legion. The series is stated for an early 2017 release, and will debut in 125 countries

“Legion brings the X-Men universe to life, as a character driven, serialized TV show, in a truly amazing new way, and we’re pleased that X-Men fans will have the opportunity to see it simultaneously in the 125 countries where Fox is available,” said FOX Networks CEO Peter Rice.

“FX is thrilled to collaborate with our international partners to bring Legion to audiences worldwide and the day-and-date delivery will make this a truly global event,” said Eric Schrier, President of Original Programming, FX Networks and FX Productions.

“We are thrilled to be partnering with FOX Networks Group to launch Legion to a massive global audience,” said Executive Producer and Marvel’s Head of Television, Jeph Loeb. “In our storytelling, it is imperative to us that we’re creating characters and a universe that resonates with people around the world and we are so proud to introduce this cast of characters to fans everywhere.”

After Netflix going global earlier this year, Legion looks to be the next Marvel show to air around the world. Legion has an eight-episode season, and production will begin in Vancouver this summer. The show stars Dan Stevens, Rachel Keller, Jean Smart, Aubrey Plaza, Jeremie Harris, Amber Midthunder, Katie Aselton and Bill Irwin.

Legion is the story of a troubled young man who may be more than human. It introduces the story of David Haller, who since he was a teenager, has struggled with mental illness. Diagnosed as schizophrenic, David has been in and out of psychiatric hospitals for years. But after a strange encounter with a fellow patient, he’s confronted with the possibility that the voices he hears and the visions he sees might be real.