For those who want to see a more silly and crazy side to Batman, then The LEGO Batman Movie gets rid of all the serious aspects of the character and pokes fun of them.

In a brand new photo released by Warner Bros. via Entertainment Weekly, LEGO Batman is ready to go to a gala, dressed to the nines in a glamorous-looking tuxedo.

The LEGO Batman Movie director Chris McKay discussed the scene and how they used the fancy outings Bruce Wayne is constantly attending as inspiration for the scene depicted in the picture.

“In all the Batman movies, there’s always a big gala, but one of the things Batman doesn’t like doing is going out and seeing people and carousing as Bruce Wayne. He thinks Bruce Wayne is a bummer. He’d much rather be doing Batmanny things. But fortunately Alfred (Ralph Fiennes) entices him to come out of the Batcave by telling him, ‘Look, if you go out tonight to this gala, you can have a tuxedo dress-up party.’ So in this shot, this is one of the many tuxedos that Batman tries in a sort of dress-up party montage like Sex and the City.”

Chris McKay talks about how they incorporated and explored Batman’s behavior.

“How do you get Batman to come out? What does Batman like? What do they do in Batman movies like this, where there’s always a gala, everyone’s always dressed up, and there’s always some kind of confrontation? We wanted to have fun and have things that were silly and ridiculous and also very LEGO-y: The fact that you can just pop different costumes on people really fast, which is something we did in the first movie.”

You can check out the picture below! The LEGO Batman Movie opens in theaters on February 10, 2017. 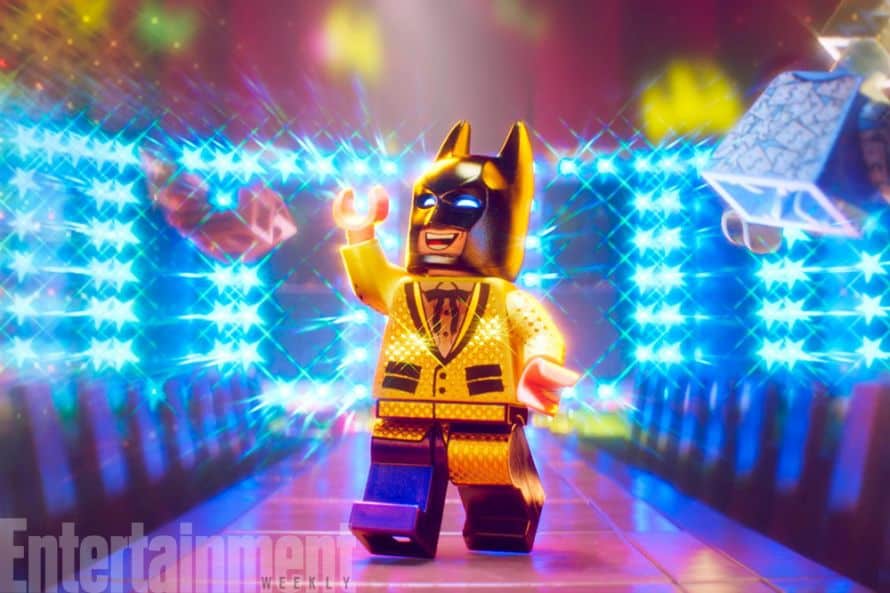