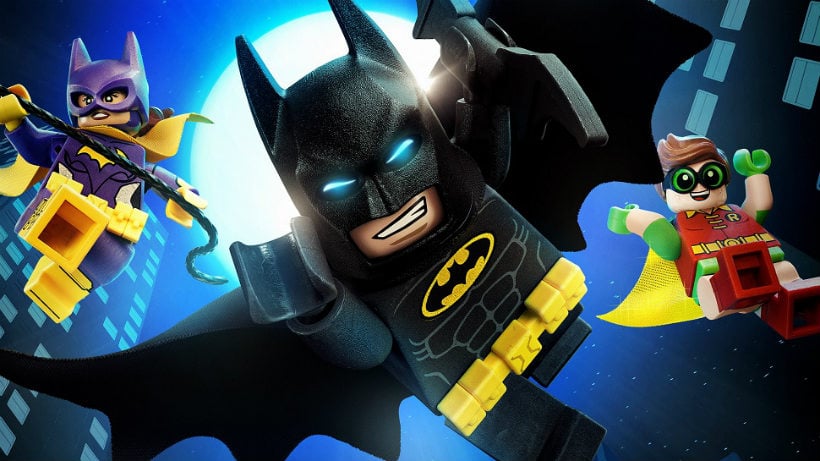 The LEGO Batman Movie holds its number one slot at the weekend box office, bringing in a gross amount of a projected $45 million over the four-day weekend, with $35 million for three days. In its second week in theaters, the Warner Bros. animation has continued its reign during a relatively slow month. It has so far grossed a domestic total of $110 million. Internationally, The LEGO Batman Movie has added an additional $21.5 million, totaling $72 million overseas.

Fifty Shades Darker remained in second place, but slipped 55% in gross box office ticket sales. The raunchy film grossed an estimated $24.1 million over the four-day holiday weekend and brings its domestic gross to $92.9 million over the course of two weeks. The film stars Dakota Johnson and Jamie Dornan in the second film of a trilogy.

Opening this weekend was the Matt Damon-starring film, The Great Wall, which didn’t do as well as expected, making only $18.1 million. The film cost approximately $150 million to make and received some negative reviews from critics. It is currently at 36% on Rotten Tomatoes with 145 reviews.

John Wick: Chapter 2 comes in fourth place with $16.5 million and this additional amount brings its gross domestic total to $61.7 million. The film is the sequel to the 2014. The film stars Keanu Reeves and Laurence Fishburne, along with several others.

Other new additions this weekend also bombed. The Ice Cube and Charlie Day comedy, Fist Fight, landed in fifth place with $12.2 million. Gore Verbinski’s A Cure for Wellness landed in tenth place with only $4.2 million over its opening weekend. The film cost $40 million to make and stars Dane DeHaan, Jason Isaacs, and Mia Goth.

What did you see over this holiday weekend? Let us know in the comments below!