The LEGO Batman Movie is among the many projects that Warner Bros. will be showcasing tomorrow morning during their highly anticipated Hall H presentation at San Diego Comic-Con, but Will Arnett, who voices the titular superhero, has shared a brand new poster for the animated movie ahead of the panel. The one-sheet features a LEGO Bruce Wayne putting on his Batman cowl and the tagline “It’s on. 2017.” 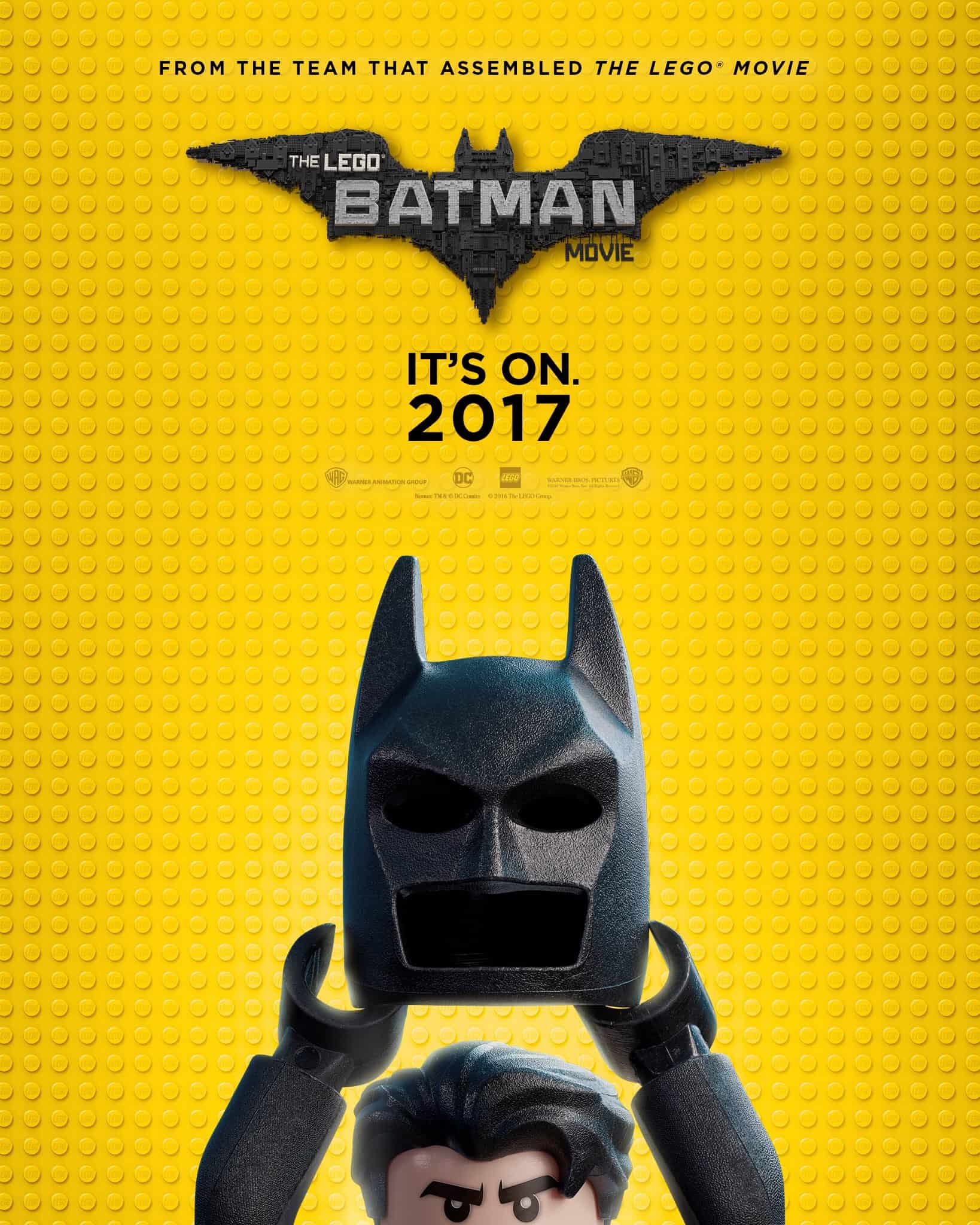 In the irreverent spirit of fun that made “The LEGO® Movie” a worldwide phenomenon, the self-described leading man of that ensemble – LEGO Batman – stars in his own big-screen adventure: “The LEGO® Batman Movie.” But there are big changes brewing in Gotham, and if he wants to save the city from The Joker’s hostile takeover, Batman may have to drop the lone vigilante thing, try to work with others and maybe, just maybe, learn to lighten up.

Featuring the voices of Will Arnett as Batman, Ralph Fiennes as Alfred, Michael Cera as Robin, Rosario Dawson as Batgirl, Zach Galifianakis as the Joker and Mariah Carey as the Mayor of Gotham City, The LEGO Batman Movie hits theaters on February 10, 2017.