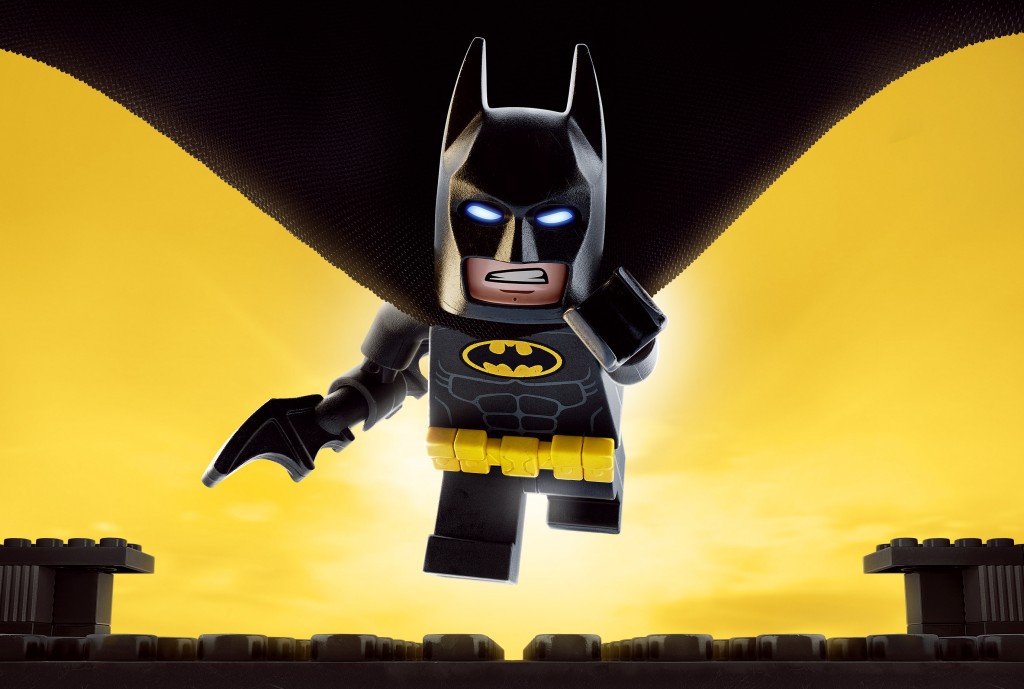 In honor of The Dark Knight’s celebratory day, Warner Bros. has released a new poster for The LEGO Batman Movie. The poster, which reminds everyone to be themselves, “unless you can be Batman,” showcases the caped crusader jumping off a bridge, batarang in hand.

With the darker tone taking hold in the DCEU, it’s refreshing to witness the Caped Crusader (voiced by Will Arnett) in a more comedic capacity. Of course, the character that appeared in The LEGO Movie is back and is, once again, being the snarky parody version of himself.

And unlike the previous LEGO films featuring the brooding superhero, this one will be showcasing well-known characters like Robin and the Joker in a different light.  You can check out the poster and synopsis below! 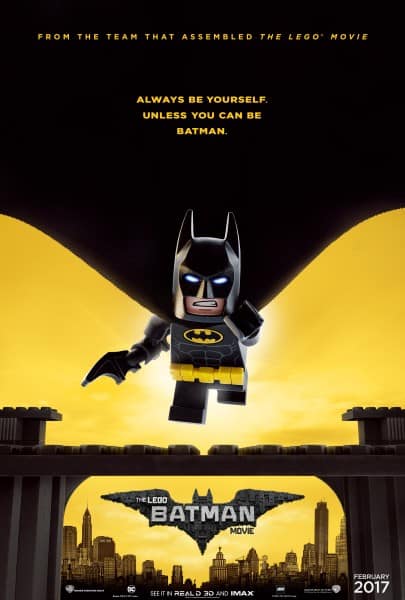 Here’s the official synopsis for the movie:

In the irreverent spirit of fun that made “The LEGO® Movie” a worldwide phenomenon, the self-described leading man of that ensemble – LEGO Batman – stars in his own big-screen adventure. But there are big changes brewing in Gotham, and if he wants to save the city from The Joker’s hostile takeover, Batman may have to drop the lone vigilante thing, try to work with others and maybe, just maybe, learn to lighten up