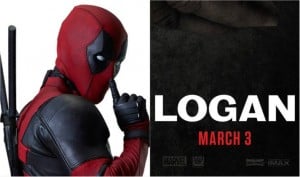 Last last year it was reported that Deadpool star Ryan Reynolds had shot a cameo appearance for Logan, the final installment of the Wolverine film series, as the Merc with a Mouth with Deadpool 2 director David Leitch. Despite denials from Logan director James Mangold, star Hugh Jackman and Reynolds himself, recent confirmation that the final Wolverine film would include a post-credits scene prompted fans to wonder if it would feature Reynolds as Deadpool.

Now, The Wrap’s Umberto Gonzalez has stated that the footage shot with Reynolds as Deadpool may actually be a promo for Logan featuring Marvel Comics’ Stan Lee. This news is still a rumor at this point.

Looks like what Ryan shot as Deadpool is in fact an upcoming promo for Logan featuring Stan Lee & not a post-credit scene. https://t.co/2rKoGMFLgz

The film will mark actor Hugh Jackman’s final time playing the titular hero after first appearing as the character in Bryan Singer’s first X-Men film back in 2000.

You can read Heroic Hollywood’s review for the film here.