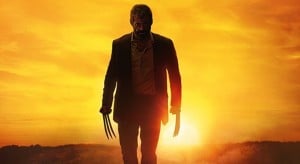 Logan is just over a week away from hitting theaters and early reviews indicate that it will be a more than satisfying conclusion to actor Hugh Jackman’s tenure as the titular hero. However, by all accounts there will be at least one unfulfilled fan request when the credits begin to roll: After nearly two decades of playing Wolverine, Jackman will not be donning the character’s classic yellow costume featured in the comics. In an interview with Screen Rant, director James Mangold explained why he chose not to include Logan‘s classic outfit despite the desires of so many fans.

Mangold explained that his decision to not include the comic book costume was based on the core nature of Wolverine’s character as depicted in the X-Men films.

“I always feel a certain contingent of fans who are yearning for it. But the biggest block I’ve had – I’m willing to take the heat for it – is that, I can never get past, being a writer for these movies as well, that Logan is the least narcissistic of all the superheroes, any kind I can think of – Marvel, DC or anywhere else. What I mean by that is, who puts a special branded outfit on when they do good deeds? And why? The only reason you do it is so you can have some sort of trademarked claim and get credit for what you did. Nothing seems less Wolverine-like than the desire to put on a trademarked outfit , particularly canary yellow, and kind of prance about doing good deeds and have people go, ‘Oh my God! It’s The Wolverine!’ At least the Wolverine, as I see him, that’s a real struggle for me and always has been. I somehow feel that if somehow we ever put Hugh [Jackman] into one of those outfits, people would not be happy. Essentially, it’s something that lives on the page and I’m not sure could live anywhere else.”

Do you accept Mangold’s explanation or are you still displeased that after almost two decades, Wolverine will never wear his signature yellow costume? Share your thoughts below!